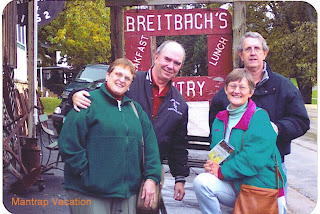 So what do Mr. & Mrs Troutbirder do on a dreary, cold weekend in March in Minnesota? If cabin fever has taken over and they are bored silly? They head off to the Twin Cities for some fun and excitement, by visiting their good friends, Gary & Rosie.
We motored north. It’s about a two hour drive from the middle-of-nowhere to Apple Valley. Arrival meant catching up on family news and recent activities. Then we got going on summer vacations and travel ideas. We’ve camped all over the lower 48 with this couple and even did a six week trip to Alaska and back with them. 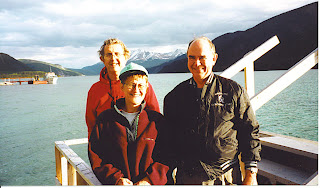 This has been going on since before kids. In other words, we’re compatible. A year ago, besides Minnesota outings, we went together, birding and Twins spring training watching in Fort Myers, Florida. With many options for this year explored, we grabbed a quick bite and headed off to the Sports Pavilion on the University of Minnesota campus. 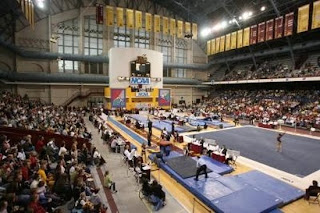 The renamed pavilion was an old familiar venue from my college days at the U. Then it was the Golden Gophers men's hockey teams arena (Women’s college hockey hadn’t been invented yet.) Now, refurbished. it houses men's and women’s gymnastics, men’s wrestling and women’s volleyball. We were there for men's gymnastics. What fun to watch these most athletic of any athletes. The Gophers were taking on the hated Hawkeyes from Iowa and the Nittany Lions of Penn State.
Of course, getting in the collegiate spirit, after the meet we adjourned to another local establishment featuring adult beverages. Needless to say, Troutbirder and Co. stayed up much later than his usual appointed bedtime. 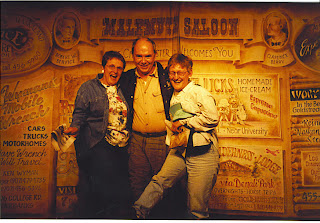 The next day found the crew attending a more age appropriate activity. It was a community concert featuring the Velvet Tones and starring friend Gary himself. They were in concert with the local elementary school choir. The groups consists of seniors 55 and up who just plain love to sing.

That's my "best man" Gary a few decades later, back row, far right singing his heart out. Non-profit, theVelvet Tones appear in various settings throughout the Metro area and even did a gig on the stage at the Guthrie theater in Minneapolis. They "rock" in surprising ways, doing contemporary as well as traditional music. The highlight of Sunday's performance was listening to the energetic seniors combine with the equally energetic elementary students in singing "Why We Sing. Great!".
Posted by troutbirder at 12:40 PM

Looks like a fun outing with good friends. How nice for two compatible couples to get together over so many years and travel all over the country together.

Turned out to be a really nice weekend getaway. Looks like you had a great time.

Sounds more fun than Charlie Sheen ever thought of having!!!!!

It is wonderful to find friends that you both like and to keep them in your life for so long. Surviving a 6 week trip means you really are good friends.
Sounds like you all had a great weekend.

It sounded like a lot of fun and to have such good friends is wonderful.

Great fun for you and good friends!

Well, this is a cool - and unexpected - trip down memory lane. I competed in that arena, in gymnastics. Back when I was a skinny college kid.

That would be about a hundred years ago. :))

Looked like a great weekend! Thanks for sharing it with us.

Hope you are having a lovely week!
xo Catherine

How great that you are life long friends with this couple. Looks like a fun weekend.

I like the perspective that old friends bring to our lives. Thanks for sharing your weekend in the city. Your mention of the Guthrie got me thinking about the Fitzgerald--just looked it about and it's from about the same era as our Mother Lode. Have you been to the Fitz?

I'm almost positive I left a comment on this post a while back. Did you delete it? I probably deleted it before completing...too many things going on in my head these days.