It seems
Jerry Mitchell has some really rowdy friends but he still takes them for a boat
ride on his submarine. They’re actually
SEALS but not the barking kind. The
problem is the Iranians may have just built an atomic bomb and the Israelis are
about to bomb and start another Mideast War . Of course, then the U. S. will be
involved…..
That
defecting Iranian nuclear scientist has the real dope on this situation as to whether it’s all a scam to involve the
U.S. or not. Those SEALs will have to “extract” her from hostile
territory. They can do the job all right. Just ask Osama Bin Laden.
This whole scenario is a little remindful of the WMD problem for the Bushies. To bad the SEALS weren’t sent to handle that
problem. It might have save a lot of useless trouble.
For the exciting outcome check out Larry Bonds Exit Plan. I think he invented this type of techno/military thriller. If real
problems were only this excitingly action filled and always successfully
solved…. 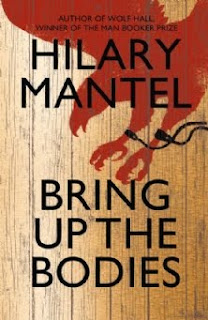 Bring Up the Bodies
by British author Hilary Mantel is the
sequel to her award winning Wolf Hall. The well known story of Henry VIII is given
new life through her highly interesting tale.
It’s new and fresh. The story
begins in the fall of 1535,
Henry tiring wearying of Anne Boleyn,
who hasn’t given him with a male heir,
already has his eye on shy, dull, flat-chested Jane Seymour, for whom even her
family doesn’t have much use until they see the advantages of being related to
the queen.
The king’s agent for disposing of Anne, is his chief
minister, Thomas Cromwell, one of Mantel’s most intriguing creations and actually the voice of the
book. Here Cromwell is not the a demonic
figure, the opposite of the sainted Thomas More, as in most tellings . Her Cromwell, is no saint either, but he is
not all bad and comes across as surprisingly warm and interesting. Bring Up the Bodies is in many ways a story
of tale of politics. Machiavellli would
have nodded his head in approval.
As you may know I love historical fiction and this is a good
one. One might not always like the Tudors with their major foibles and angst
but they certainly knew how to take charge…

Posted by troutbirder at 5:15 AM 4 comments: 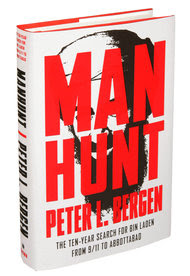 Peter Bergen is the journalistic expert on reporting on the terrorist central al-Qaeda and Osama bin Laden. He interviewed him in the late 90’s wrote
definitive books and now, in Manhunt , Bergen picks up the thread with this carefully crafted yet broad account of the pursuit and killing of bin Laden.
There are new details of bin Laden’s flight after the
crushing defeat of the Taliban to Tora Bora, where American forces came
startlingly close to capturing him, and of the fugitive leader’s attempts to find
a secure hiding place. As the only journalist to gain access to bin Laden’s
Abbottabad compound before the Pakistani government demolished it, Bergen
paints a vivid picture of bin Laden’s grim, Spartan life in hiding and his
struggle to maintain control of al-Qaeda even as American drones systematically
picked off his key lieutenants.
It was, as Peter Bergen points out, the most
intensive and expensive manhunt of all time. The cost, simply in terms of funds funnelled to American intelligence services over the past decade,was somewhere around half a trillion dollars. The indirect costs in
government regulation, control and erosion of American rights and image was
incalculable. Whether all that was
necessary or not is a controversial subject.
The manhunt and threat to American existence was hyped beyond all common
sense. An initially small group of
fanatics did NOT pose an existential threat to the American nation as Fascism
and Communism did in the twentieth century.
Our response was a " War of Terror” , a misguided and mismanaged war of
choice in Iraq and the dropping the eye on the ball in Afghanistan led to a ten
year chase which only President Obama and a refocused and energized CIA and
other security agencies finally brought to a successful conclusion with the
killing of the master terrorist…..

Posted by troutbirder at 2:40 PM 3 comments: 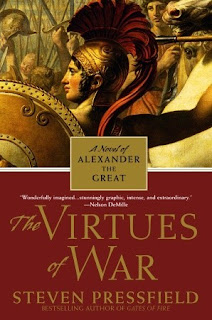 "I have always been a soldier. I have known no other life." With those words Steven Pressfield (Gates of Fire; Tides of War) crawls
inside the brave heart of Alexander the Great in this chronicle of the king's
bloody and extraordinary accomplishments and boundless ambition. Here the historical novel is presented as Alexander's confessions (and lessons) to his brother-in-law, Itanes. The great Macedonian commander and his increasinglyreluctant armies try to figure out how to cross "this river of India" to engage in yet another battle. Alexander's
voice swoops from high-minded rhetoric to earthy vernacular as he regales Itanes
with bloody battle scenes and stories of horror and triumph Like the epic "Gates of Fire"
Pressfield does what few can do: Transport us to a time in history and make us
feel as if we are there. His attention to detail both with regard to
tactics/philosophy and everyday life, rich and historically accurate while
spinning a darn good story are what makes his historical novels the creme de la
creme. Alexander the Great, was one ofthe greatest hero conquerors ever. He
stands only with Caesar at the top of his class. He describes the tactics of
his army as they faced and defeated foes that that far outnumbered them. The Virtues of War is actually more about leadership than about battles. Perhaps I should say about the psychology of leadership and yes the demons that can invade a brave heart….
Posted by troutbirder at 5:29 AM 3 comments:

The End Of War 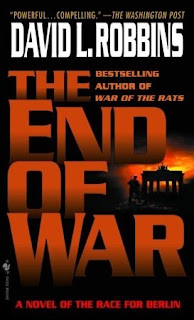 The End Of War – A Novel Of the Race For Berlin by David L.
Robins
The title of this novel sounded good but like the real “The War To End
All Wars” (WWI), World War II didn’t turn out that way. Actually though the story was about how the war actually ended. The British and
American armies were racing toward Berlin in the closing montsh of the war. It
was a close race and the the Americans (Eisenhower) dropped out for tactical
reasons. Churchill saw the political consequences but by this time the Americans
had the final say… Was this a major blunder which ultimately prolonged the Cold
War? The “what ifs” of history can be fascinated and this book meets that test.
Still, the point seems a little mute since we know how that all turned out in
the long run. The story behind the leading political leaders and generals is well known for devoted history buff. It's the well formulated imaginary characters that give this book its real interest. Overall I’d give this book a B+…..
Posted by troutbirder at 4:04 AM 2 comments: 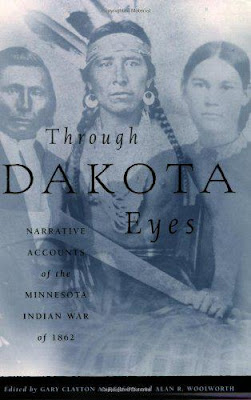