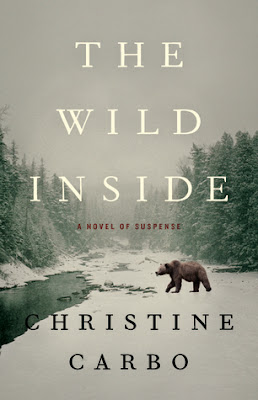 The Wild Inside is a gripping debut novel about the perilous, unforgiving intersection between man and nature. Set in one of my favorite National Parks it was a sure fire read for me....

It was a clear, starry night in Glacier National Park. Fourteen year-old Ted Systead and his father were camping peacefully beneath the rugged peaks and sweeping sky when the unimaginable happened: Ted’s father was mauled by a grizzly bear and dragged to his death. A very unusual but not unheard of event in Montana, it set the psychological tone of this thriller "who done it." Of course, I had just seen the movie Revenant to get me thinking big bad grizzly bears.


Now, over twenty years later, as a Special Agent for the Department of the Interior, Ted is called back to investigate a crime that echoes the horror of that night. Only this time, the victim was tied to a tree before the animal’s attack. Ted teams up with one of the park officers – a man named Monty, whose pleasant exterior masks an all-too-vivid knowledge of the area and its dangerous people and animals. Residents of the nearby community are less than forthcoming. Suspicious of outsiders and intimately connected to the wilderness that surrounds them, they confront their fellow man and nature with equal measures of reverence and brutality. As the days pass with no clear answers, not only is human life at stake, so too is that of a majestic creature who carries with it valuable evidence. Ted’s search for truth takes him far into the wilderness, on the trail of a killer.
What make this story most compelling is the protagonists balance of his criminal investigation and his memories of the bear killing his father. That challenge is what raises the book above the usual suspense of identifying a killer. And no it wasn't the bear.
too many extraneous characters…. When the suspects become too many to keep track of my inability to emulate Sherlock Homes and guess the culprit becomes a problem....:)

Posted by troutbirder at 4:26 PM 9 comments: