Few in England would have had any trouble naming the US envoy to the Court of St. James during and after World War II. His name was John G. Winant.  Very few American today would know his name.  Winant was only one of many Americans who came to in Britain to help it survive the worst days of its existence.  Citizens of London tells the story of these Americans in an fascinating book who subtitle says it best, “The Americans Who Stood With Britain in Its Darkest, Finest Hour.”
Lynne Olson, the author and a former White House correspondent, chooses to focus on three American men – Winant, W. Averell Harriman and journalist Edward R. Murrow who made a huge difference in how the story ended.


The first two, as Olson writes, served as FDR’s eyes and ears. Murrow did the same thing for the entire United States, or at least anyone near a radio. But their value also came in their relationships with Prime Minister Winston Churchill, who knew the United States held the key to his country’s survival and needed to find Americans to both trust and manipulate.
Winant was the public face of the US on the streets of London, a generous character who made points by popping up in local neighborhoods with offers of assistance after German bombings. Harriman, who’d go on to a long career in politics, served as a kind of top-level go-between. The super intense Murrow, meanwhile, embraced danger – he “repeatedly gambled his life” by tagging along on air raids – and went all-out to support the British cause.


I wouldn’t describe the book as a page turner but it is fascinating. It has depth in the political and military sense but above all in the personal characterizations  actors.  In other words in the vast scope of events there are some very interesting personal stories.  Even what might seems gossipy but really is relevant to understanding the place and the time. All three men at the center of the book – Harriman, Morrow, and Winant – had affairs with members of Churchill’s family.


“Citizens of London” encompasses much more than just Americans in England. The wide range of topics include war strategy, Eisenhower’s insecurity over his lower-class upbringing and the lack of deprivations back home in the US compared with Britain. While the English tried to win rare onions in raffles, American women refused to give up their girdles during a rubber shortage. A fascinating and intimate history....

Posted by troutbirder at 3:52 PM 6 comments:

Take a guess on these rare photos. Then check the comment sections for the answers and tell how you did. Each one gets a little harder..... :)
Picture No. 1

The Life Of Pi 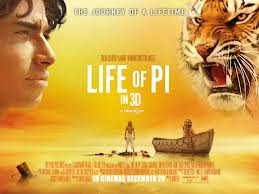 Other than the fact that we went to the wrong theater, had two hours to kill when we finally found the right one and ate an overcooked char hardened rib sandwich while waiting for the show to start, The Life of Pi was a really interesting and enjoyable movie. Oh and I might add the awful previews were a reminder of why we rarely go to movies these days. There aren’t many for grownups…..   Lincoln was the most recent one we enjoyed.

The Life of Pi, while PG rated has some frightening scenes involving people and animals.   It would not be for young children. A tiger trapped in a small boat  with other animals and a boy is not for the faint hearted.  It’s really a fantasy wrapped inside a parable. Visually stunning it left me thinking about some of the bigger questions of life including religion, childrearing and choices. All in all, it's an excellent and academy award nominated film….

Posted by troutbirder at 4:59 AM 8 comments:

I found some spam on this blog.  Went to the control board and tried to delete them . In the process I accidentally deleted all the comments ever  placed on the blog....... Grrrrrrr.  People like me can  be dangerous when left unguided and trying to handle digital technology.  I'm going to bed now.
Posted by troutbirder at 6:18 PM 16 comments:

EATING OUT When the bill arrives, Mark, Chris, Eric and Tom will each throw in $20, even though it's only for $32.50. None of them will have anything smaller and none will actually admit they want change back. When women get their bill the calculators come out.
MONEY A man will pay $2 for a $1 item he needs. A woman will pay $1 for a $2 item that she doesn't need if it's on sale.


DRESSING UP A woman will dress up to go shopping, water the plants, empty the garbage, answer the phone, read a book, and get the mail. A man will dress up for weddings and funerals.
THOUGHT FOR THE DAY
A couple drove down a country road for several miles, not saying a word. An earlier discussion had led to an argument and neither of them wanted to concede their position. As they passed a barnyard of mules, jack asses, and pigs, the husband asked sarcastically, "Relatives of yours?" "Nope," she replied. "Inlaws."

Posted by troutbirder at 2:42 PM No comments: 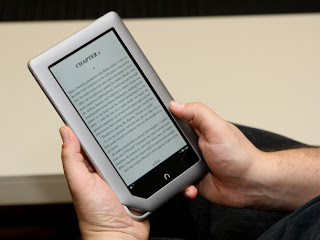 I didn't think I would but I do I do I do.  When I first heard of the Kindle concept I saw no reason to be very interested.  I'm a omivorous reader and plenty of books were available at our local small town library and the bigger Rochester Minn. version nearby offered there easily available collection as well. Then there was the regional library coop and a Barnes and Noble. Recently a Nook appeared under a Christmas tree.  I hadn't expected it. Downloading my first book, (The Last Lion) the final volume in William Manchesters trilogy biography of  Winston Churchill,  it made a recent long flight bearable. Easy to operate and hold, I love it.  No I won't be doing most of my reading in the digital mode but under certain conditions and circumstances it will prove to be ideal......
Posted by troutbirder at 6:33 AM No comments: