I read Time Magazines recent article on the ridiculously exploitive cost of American health care recently. How the “free market” is a myth and it’s a sellers’ market in the health care hospital monopoly.  Then to feel better I went back to revolutionary France and Victor Hugo, which is to say a movie in the local theater. 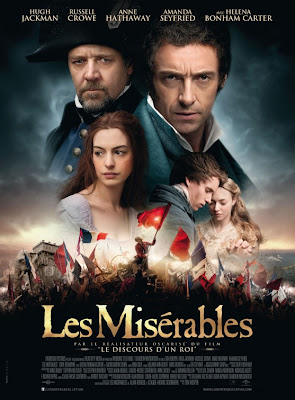 By film critic Roger Moore in Movie Nation
“Here it is, “Occupy Movement: The Musical,” the French musical “Les Miserables” preaching economic revolution, the downtrodden rising up against the wealthy few and a police force hell-bent on defending the status quo. Well, that and the virtues of mercy and compassion.
Tom “The King’s Speech” Hooper brings this worldwide phenomenon to the screen with its majestic music and emotional weight intact. He takes the film outdoors and gives us a raw, sometimes wrenching remembrance of how unjust, how hungry and how bloody, dirty and smelly France was in the post-Napoleonic decades that one man spends on the run from his nemesis.
Victor Hugo’s epic is about an ex-con, Jean Valjean (Hugh Jackman), hardened by decades of imprisonment, converted by one great act of kindness but pursued, doggedly, by the fanatical police inspector Javert (Russell Crowe). Valjean gains purpose and compassion, but Javert is blinded by his pursuit, a man not in search of justice – merely exploiting the letter of the law.
Valjean fails to save the pathetic and persecuted prostitute Fantine (Anne Hathaway), but resolves to provide for her daughter, the curly-locked Cosette (Isabelle Allen, and later Amanda Seyfried). And when the time comes, Valjean will put his life on the line for Cosette’s first love, the young revolutionary Marius (Eddie Redmayne).
The emotions are as big as the set-pieces, from the opening – convicts hauling a huge, battered ship into drydock, singing “Look down, look down, you’ll always be a slave, look down, look down, you’re standing in your grave,” and Javert bellowing  “Do not forget me, [prisoner] 24601” to Javert – to the climax, the stirring call to survive and revolt, “One Day More.”
Hooper had the actors sing live, on set, which gives this sung-through musical a lived-in feel. He shoots much of this grey and grimy world with hand-held cameras, adding to the immediacy.
The actors acquit themselves admirably, with Jackman’s Broadway tenor rubbed rough and Crowe’s gruff baritone showing range. He kind of blows Javert’s big moment – when he realizes the injustice of his ways. But everything else about him – his military bearing, his horsemanship, screams Javert.
An emaciated Hathaway is properly heartbreaking as Fantine, Redmayne (“My Week With Marilyn”) is in fine voice and the comic relief – Sacha Baron Cohen and Helena Bonham Carter, as the corrupt innkeepers who “take care” of the young Cosette — are as adept with their big “Master of the House” number as they are the comedy.
Here’s the one holiday film to justify its two and a half hour running time, a spectacle that feels like a big screen “event,” though the “shaky cam” moments rob the barricades, where the revolutionaries stand against the army, of their scale and grandeur.
Hooper & Co. have made this modern musical in-the-moment relevant, a film that doesn’t pretty up the past but that brings that past, where the heroic, the tragic, the villainous and the mean sing their emotions, stirringly to life. “Les Miserables” is one of the year’s best films."

Posted by troutbirder at 2:24 AM 9 comments: 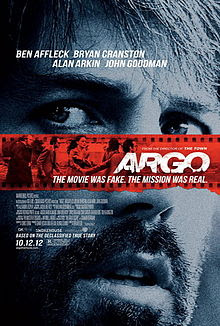 We don’t often go to the majority of movies available this  day and age. That is the ones that feature incessant violence or gratuitous sex. Still a few good ones come along. This year we’ve already seen Lincoln, Les Miserables and The Life of Pi.  Last week it was Ben Afflecks  Argo.


The plot is simple. In 1979, a small group is Americans flee the American Embassy under siege by Iranian revolutionaries.  They manage to seek and obtain shelter in the Canadian Embassy. There, trapped, they hope to be rescued.  An ingenious and bizarre plot is undertaken to bring them out in the face of great danger. The Canadians are more than helpful. The rest, as they say,  is history. In fact, it’s all really true.  This movie was nominated for Academy Awards. And like Lincoln and the Life of Pi the nomination is well deserved.

Posted by troutbirder at 5:09 AM 9 comments: 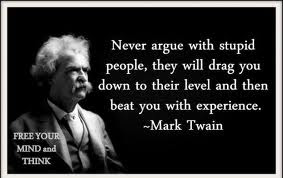 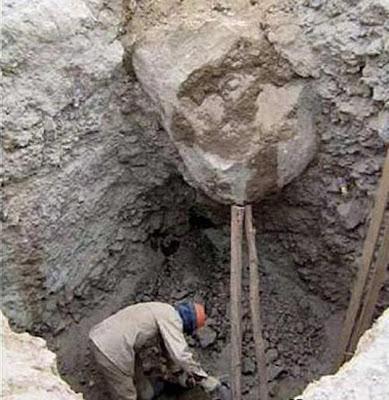 It’s been cold and windy  here now for almost a week. Feeling trapped indoors, I keep busy reading and creating CD's from old family albums. It's a  time for nostaligia really. Having lived in rural Bluff Country (southeastern Minnesota)  for over forty years now, today I'm harking back to the neighborhood where I grew up. It was the "East Side" of St Paul, also known as "Dayton's Bluff" or more simply as "The Bluff."

People here refer to "The Cities" as if it is one giant Megalopolis. It is but then for me growing up, and my father, and perhaps, even his parents it was made up of  neighborhoods. In the days before suburban sprawl, families lived in the same St. Paul and Minneapolis  neighborhoods generation after generation. My paternal grandparents, uncles, aunts and cousins all lived within 5 blocks of each other.I was born in 1941 and we lived during the war in an apartment on Earl street. In 1945, we moved upstairs of my grandparents’ home near Indian Mounds Park. We're all dressed up in the picture on the lawn of my grandparents. Our neighborhood church was Daytons Bluff Methodist. We lived  close  to the bluffs overlooking the Mississippi and downtown St. Paul. I attended Mounds Park Elementary school thru 8th grade.

We played in the park and on the Indian Mounds (now forbidden out of respect) with games of imagination and baseball.

Girls and boys played equally, with no parental pressure or even supervision. It was called growing up. Living dangerously, we explored on the bluffs against our parents’ wishes and wondered about "Carvers Cave."
That was the location of a trading post in the frontier days of the city. Jonathon Carver was an early explorer of the area. It had been long bricked up after some children drowned there. This is my gang on the steps across from Grandma's. That’s me front row on the right checking out my weapon.
Apparently it was cowboys and Indians that day and it appears the Indians outnumbered the cowboys! Those were the days my friends....

For Barb on this Valentines Day  and all those who love a beautiful love song.  Music and lyrics by Don Mclean. Click on the links to hear And I Love You so  sung by by Don  and also by Perry Como

Posted by troutbirder at 1:28 PM 6 comments:

The drain field on our septic system froze and backed up and as an indirect consequence of having a bad day I placed my book review of State of Denial on my nature blog. You can click on Dick Cheney to go to Troutbirder. Sorry....

Posted by troutbirder at 5:00 PM 2 comments:

As you may recall a few weeks back I posted a rant on gender differences and the subject of everything has a place and should be returned to it.  Unfortunately,  I posted a picture showing my side of the bathroom vanity which showed 5 items neatly arranged and her side piled knee deep with dozens of items many of whose purpose would be unknown to most males. Needless to say Mrs. T was ticked. She demanded an opportunity to respond.


Why Men Have It Easier (according to Mrs. T.)  Actually the list was too long to copy in its entirety.


The garage is all yours.


Wedding plans take care of themselves.


Chocolate is just another snack.


You can never be pregnant.


You can wear a white T-shirt to a water park.


Car mechanics tell you the truth.


The world is your urinal.


You never have to drive to another gas station restroom because this one is just too icky.


You don't have to stop and think of which way to turn a nut on a bolt.


Phone conversations are over in 30 seconds flat.


A five-day vacation requires only one suitcase.


You can open all your own jars.


You get extra credit for the slightest act of thoughtfulness.


If someone forgets to invite you, he or she can  still be your friend.


Three pairs of shoes are more than enough.


You almost never have strap problems in public.


You are unable to see wrinkles in your clothes.


Everything on your face stays its original color.


You can play with toys all your life.


You can wear shorts no matter how your legs look.


You can 'do' your nails with a pocket knife.


No wonder men have it easier…..