"Ayaan Hirsi Ali was born in Somalia, was raised Muslim, and spent her childhood and young adulthood in Africa and Saudi Arabia. In 1992, she came to the Netherlands as a refugee, escaping a forced marriage to a distant cousin she had never met. She learned Dutch and worked as an interpreter in abortion clinics and shelter for battered women. After earning her college degree in political science, she worked for the Labor Party. She denounced Islam after the September 11 terrorist attacks and now fights for the rights of Muslim women, the enlightenment of Islam, and security in the West." (From her book Infidel)
From the books introduction: "one November morning in 2004, Theo van Gogh got up to go to work at his film production company in Amsterdam. He took out his old black bicycle and headed down a main road. Waiting in a doorway was a Moroccan man with a handgun and two butcher knives.
As Theo cycled down the Linnaeusstraat, Muhammad Bouyeri approached. He pulled out his gun and shot Theo several times. Theo fell off his bike and lurched across the road, then collapsed. Bouyeri followed. Theo begged, "Can’t we talk about this?" but Bouyeri shot him four more times. Then he took out one of his butcher knives and sawed into Theo’s throat. With the other knife, he stabbed a five-page letter onto Theo’s chest.
The letter was addressed to me."

I really disliked this book. I disliked what the author had to tell about her childhood and her experiences as a young woman in a Muslim world. And yet........ I’m glad I read it. I’m glad to know some important things about Islam, the culture it creates and its implications for the non Muslim part of the world. I have no idea how typical what is told in this book is of most Islamic cultures. I met an exchange student from Indonesia (the worlds largest Muslim country) and am reasonably sure the horror of what Ayaan Hirsi Ali experienced would not be typical there. It’s all very disturbing.
How well does anyone in the west understand both traditional and radical fundamentalist Islam, and all the things it does to people? Do we really understand female genital mutilation, beaten women, arranged marriages, the compuslive need to hide the feminine, and the complete loss of individual freedom? Americans still don't have a clue. This book makes a very real effort to explain a few things. It is painful, but important reading.

And then there is this. She now works for the American Enterprise Institute. A hotbed of neocon ideologues. 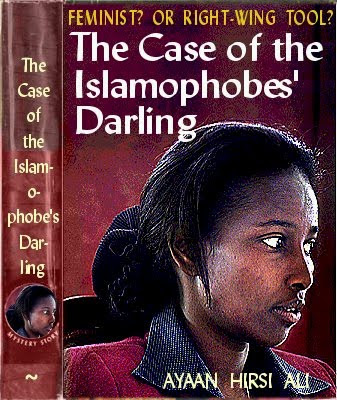 There are many aspects to much of what is involved in her story. It might be a reason why it took me weeks to figure out what I wanted to say about this book......
Posted by troutbirder at 4:59 AM 4 comments: 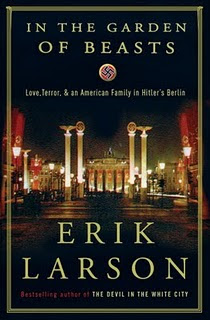 In the Garden of Beasts is quite simply a great read. Written by popular historian Erik Larson it is the true and haunting story of a real American family trapped in a time and place of ultimate horror. It is also a vivid portrait of Berlin during the first years of Hitler’s reign. Chicago history professor William E. Dodd, who in 1933 became America’s first ambassador to Hitler’s regime, and his scandalously carefree daughter, Martha, along with his son and spouse are an odd fit among the extravagance and moral decadence of the Nazi elite. Dodd’s increasing concerns about Hitler’s ambitions are ignored by the State Department. His 24 year old daughter Martha, on the other hand, is hypnotized by the life style of a soon to be changed Berlin’s salon society. The rise of Nazi Germany is a oft told tale in history. For this reason, In the Garden of Beasts is simply amazing because it tells the story in a way that brings it all down to the level of the actions of real people acting in an unfamiliar situation. Each step along the way is such that we say to ourselves "oh my god someone must stop this before it’s too late."
Naive and diplomatically inexperienced, Ambassador Dodge eventually saw the darkness at the end of the road. The Nazi psychopaths had taken over a country, had begun killing people out of hand and the world did nothing.
Dodd mistakingly thought he could exercise a "moderating influence over Hitler and his government."
Martha was newly divorced from her first husband and out for a good time. This included a French diplomat, the head of the Gestapo and a Soviet spy... among others. This all amidst Jews and other "undesirables" being stripped of their livelihoods, property and basic civil rights. In one nightmarish mob scene, Martha and two male traveling companions witnessed the near-lynching of a woman who had a relationship with a Jewish man.
Hitler himself told Dodd that "If they (Jews) continue their activity, we shall make a complete end to all of them in this country." .
The Tiergarten was Berlins Central Park and zoo. The Dodds lived right adjacent to it. They took walks there. They admired the beautiful landscape. And met the animals who terrorized the world.
Posted by troutbirder at 4:39 AM 7 comments:

If you ever had the idea that history books (read textbooks & big thick tomes with lots of obtuse words and tons of footnotes) are invariably dull.... think again. Many of today’s great history writers, be they professional historians or amateurs write really good stuff. As in fun to read. When they pack it into an exciting story like narative you really can’t go wrong. In my view they are two versions of this trend. History and historical fiction.
Lets start with straight history and biography. This is nonfiction based on accurate and well researched background material. The best ones tell a true story and bring it alive. Think of authors like Steven Ambrose, David McCullough, William Manchester, Doris Kearns Goodwin, Shelby Foote and many others.
The other equally exciting development is the vast improvement in historical fiction writing. Here the authors knowledge of the subject combined with excellent writing/storytelling technique will surely get your attention. As long as the line between fiction and nonfiction is clear, I really don’t believe it to be a bad thing if that line narrows. That is IF the writing is honest and well done and IF it draws more interest in history from the general public. 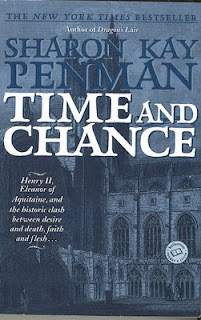 There are more and more writers of historical fiction who are doing really great things. One of my favorites is Sharon Kay Penman. Her Eleanor of Aquitaine series is a good example of an ability to draw you into another time and place. In When Christ and His Saints Slept, Time and Chance and Devils Brood she brings the early medieval period alive as no one else ever has. In Time and Chance we learn of the tempestuous marriage of Eleanor of Aquitaine and Henry II in a magnificent story of love, power, ambition-and betrayal. 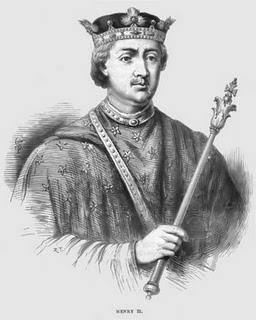 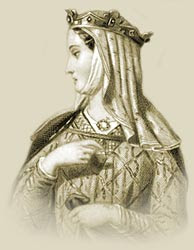 The book is wonderful telling of real history played out by real people where we can see: how issues of the separation of church and state bedeviled Henry II and his friend and counselor Thomas Becket upon the laters appointment as Archbishop of Canterbury. The degree to which the King might have been culpable in Beckets murder. 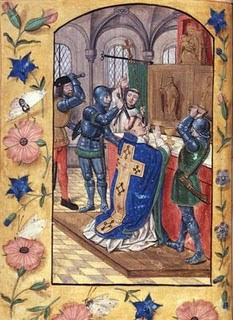