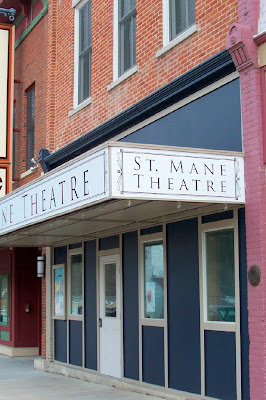 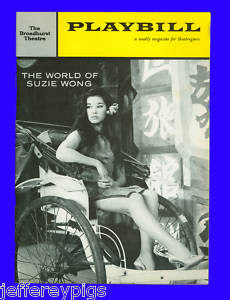 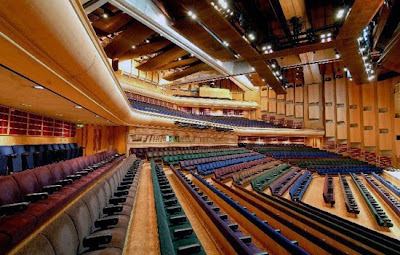 Today, we don’t have to travel far away or visit world famous venues to enjoy theater. Rural, small town, southeastern Minnesota has numerous vibrant community theaters. Lanesboro, for example has two. The Jon Hassler theater in Plainview is an exceptional one. Yes, theater is alive and well in Bluff Country
Posted by troutbirder at 2:46 AM 5 comments:

He ruled one fifth of the planets landmass.

He shaped the modern world as we know it today.

The creator of the greatest empire since the fall of Rome was????

A rip-roarin’ read, and inspiration to go and sack a few cities on your own. 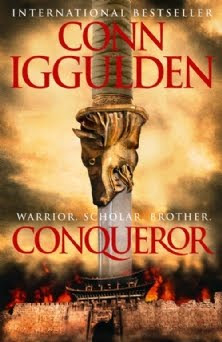 Posted by troutbirder at 6:08 AM 3 comments: 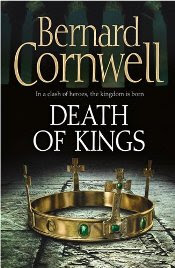 Death of Kings is the sixth book in the ‘Saxon Chronicles’ series. Perhaps not the best idea to start reading a series at the end but that’s how it happened. I recognized the author, Bernard Cornwell from having read his wonderful historical fiction novel Agincourt. How could I go wrong? Well, I didn’t. This is the story of the land that would one day be England, at the end of the 9th century AD. It is largely occupied by Danish speaking Norsemen except for the recalcitrant Welshmen. . By the tenth century most of the English speaking population had converted to Christianity and King Alfred (remembered now as Alfred the Great), King of Wessex had a dream of uniting the whole of England into one country with one religion and one language. Most of the Danes were pagans, worshiping the Old Norse gods like Odin and Thor, believing that to die with a sword in your hand was the only way to enter Valhalla, home of the gods. The central figure, first person protagonist, is Uhtred of Babbanburg, Alfred’s champion and chief war leader; this, in spite of the fact he was brought up by the Danes, is pagan himself, much to Alfred’s chagrin he refuses to be converted. Well into his middle years, Uhtred is still one the most feared warriors in the land. ‘Death of Kings’ is a fast paced action/thriller, historical fiction, with everything in just the right amount: intrigue, deceit, retribution, and 9th century warfare and battle action so real you can smell it. It even has a little romance. I only problem I had with following the complex plot was the use of old Saxon names for the characters and town. It took me a while to catch on that Lundeen was contemporary London etc. Some days I’m a little slower that others.
Posted by troutbirder at 8:21 AM 6 comments: 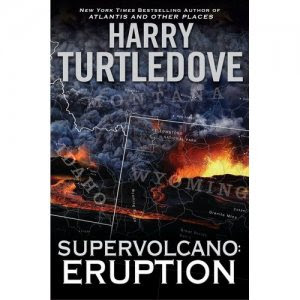 Like Yellowstone National Park do you? Ever wonder why all that water is bubbling, boiling and even erupting? Did you drive or hike up to the summit of Mt. Washburne and notice the vast caldera which stretches for miles? It the crater of a giant volcano that erupted some hundreds of thousands of years ago. That boiling water is the product of a molten rock plume which rises very close to the earth surface, just waiting to erupt again. It's not a question of if but only of when?
Harry Turtledove, the master of alternate history has turned his imagination from the past to the future in his new novel Supervolcano: Eruption. There he tells the story of an apocalyptic catastrophe which occurs when Yellowstone erupts once again. Turtledove has a great imagination which he applies once again and always an intriguing storyline. In this case though the premise is better than the execution. The characters are not very interesting and the book focuses on their drab personalities and relationship. Suvival stories, future or present are one of my interests. These people don't grab me. The volcano is vague background. I guess I find some of the headlines in today’s newspapers a lot scarier than the imagined one in this book.
Posted by troutbirder at 6:36 PM 4 comments:

It seemed like a good idea when I first ran across the books title: December 1941 by Craig Shirley. A day by day chronicle of the months events leading up to and after the attack on Pearl Harbor. The focus would be upon the home front, the attitudes of a nation divided and then united by the issue of participation in World War II. How interesting, I thought. It would likely show the mega shift in American life that changed our country and the world
And yet, right from the beginning, it was evident the book was very poorly edited. Even with the aid of spell check and my retired English teacher wife, clinkers often creep into my writing. So when I spot spelling and grammatical errors, in a professionally edited book, right from the start, you know something is seriously amiss. Take the following example: "They {referring to FDR and Churchill) were about the HMS Prince of Wales in August of 1941, when they devised the Atlantic Charter. About??? They were aboard the ship off the coast of Newfoundland. Plainly, the editors didn’t know what they were reading about. This happened numerous times.
Even worse were the frequent factual errors. This is supposed to be a history book. Lets get the facts right. The US giving "battleships" to Britain as part of lend-lease. They were actually outdated destroyer from WWI. The notion that the Royal Air Force had 500,000 pilots and the Luftwaffe one million. Seriously? . Henry Luce's magazines supporting FDR and interventionism; while Luce was an internationalist, he was anything but a fan of the second Roosevelt.The book is also chock full of bias against bureaucrats, and liberals. Plainly, according to the author, while some upscaling of governmental size and authority may have been necessary in fighting a world war, it went way overboard and led to the present mess. This is a bias repeated hundreds of ways througout the book. Frankly, I think gratuitous political potshots and namecalling ("hopelessly leftist politicians" etc) should be left to the opinion muckrakers on Fox news and its ilk. The social and political facts contained in the book are surely interesting as they are obviously derived from primary sources of that era. Too bad the author goes overboard in inserting his putdowns everywhere. This is not true historical objectivity and scholarship.
His buddy New Gingrich also writes books but he at least has some leeway, since his are novels. They must have the same grammar editor though.
Posted by troutbirder at 2:19 PM 8 comments: