The Last Lion: Defender of the Realm


The Last Lion: Winston Churchill  is a trilogy of biographies covering the life of Winston Churchill. The first two were published in the 1980s by author and historian William Manchester, who died while working on the last volume. However, before his death, Manchester had selected Paul Reid to complete it  the final volume... 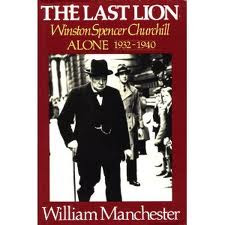 The Last Lion: Defender of the Realm was published in November 2012.

"[Reid's] palpable enthusiasm at thinking about Churchill demonstrates once again...the grip this iconic figure can still exercise on the imagination....Reid...use[s] his journalist's eye to pick up on small details or points of color that illustrate a wider truth." (Richard Aldous, New York Times Book Review )
"Mr. Reid...following Manchester's lead,...dutifully includes both the admiring and disparaging remarks of Churchill's colleagues and contemporaries, presenting everyone's take with equanimity." (Wall Street Journal )
"Reid has produced a third Last Lion...that is both magisterial and humane. Cue the trumpets." (Vanity Fair )
"It's a must-read finale for those who loved Manchester's first two books." (USA Today )
"Masterful... [and] breathtaking....Reid...finished the race with agility, grace, and skill....This is a book that is brilliant and beautiful, evocative and enervating." (Boston Globe )
"Those who want a detailed account of Churchill's two terms as prime minister and leadership during World War II will find this book a literary feast.....It's a worthy finale to an exhaustive portrait of one of the last century's true titans." (Washington Times )
Reid has written a thorough and complete analysis of these years, and it is a worthy finale to the first two volumes." (Terry Hartle, Christian Science Monitor )
"The third and final volume of a massive work of biography is a tribute not only to Manchester but also to Reid, whose courage in accepting the job is matched by his success in telling the story." (Richmond Times-Dispatch )

Troutbirder writes “I really enjoyed this book!  Was the writing as brilliant and engaging as that of William Manchester?  No, but then not everyone can  do A+. This was more like B+ but still worth it.”
About the Authors
William Manchester was a hugely successful popular historian and biographer whose books include The Last Lion, Volumes 1 and 2, Goodbye Darkness, A World Lit Only by Fire, The Glory and the Dream, The Arms of Krupp, American Caesar, The Death of the President, and assorted works of journalism. 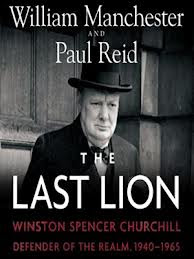 Paul Reid is an award-winning journalist. In late 2003 his friend, William Manchester, in failing health, asked Paul to complete The Last Lion: Defender of the Realm.
On the lighter side you can scroll back to the top and click on the picture of the guy in the pink shirt and Minnesota Gopher hat to other blog and some ripostes from Winston Churchill.....:) 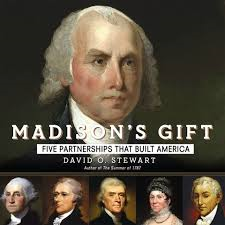 Historian and novelist Stewart  gives American a needed lesson on how a President can accomplish much by working with others.  It was James  Madison’s ability to forge working bonds with other founding members of the new American government, even if they did not always see eye to eye that stands out in this biography.  Discreet, generous and not at all egotistical, unlike others then and now he dit much to forge the documents that framed a new government, He refused to take credit, rather conceding the “work of many hands and many heads” in the forging of the Constitution.  Soft-spoken, he was overshadowed by the more dynamic personalities of George Washington, Thomas Jefferson, Alexander Hamilton and James Monroe.  Yet the complement of their respective qualities resulted in brilliant working relationships during the course of Madison’s political career.


A wonderful biography of a very smart President.  Let us hope we shall see his like again. We surely could use it in these very different times….
Posted by troutbirder at 2:44 PM 3 comments:

The Invention of Wings

The Invention of Wings by Sue Monk Kidd 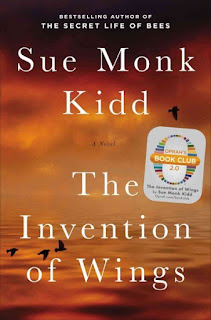 In simple terms, the book is the fictionalized history of the Grimké sisters, Sarah and Angelina (Nina), who were at the forefront of the abolitionist and women's rights movements in its early beginnings before the Civil War. As young girls and women they grew up on a slave holding plantation in South Carolina.   In alternating chapters  is the intriguing narrative of Sarah and a young slave, Hetty, who was given to Sarah as an 11th birthday present. Sarah despises slavery, even at that early age, and out of principle attempts to reject the gift.


Much of the Grimkés' story is historically based: Kidd has fleshed out mountains of research — facts, figures, dates, letters, and articles — into a believable and elegantly rendered fictional first person account of Sarah's life. But though Hetty was real, her story here is almost entirely fabricated — and perhaps because she is mostly a product of Kidd's imagination, Hetty's character seems truly inspired.


A key moment in the book comes with the discovery that Sarah has taught Hetty to read — a criminal offense in antebellum South Carolina. Punishment is cruel for both girls; Sarah is banned from her favorite things in the world: her father's library and his books. Hetty is whipped.


Meanwhile, Sarah's family ridicules her hope to study law, labeling it unseemly because she is a woman. She is shattered and cowed by their conviction that being a woman means she has no right to ambition. Overcoming that obstacle is a long, painful journey full of self-doubt; she'll face prejudice toward her sex the rest of her life, even as she eventually  creates a national following for her abolitionist crusade. Sarah may read, think, or speak — as long as she doesn't make any men uncomfortable by doing so. Her younger sister is also highlighted.  Sarah is the thinker. Her younger sister Nina is the doer.  They make a great team.


I would strongly suggest that your read the author’s comments at the end of this wonderful novel before starting on the book story itself. It’s fascinating and will help clarify where historical facts and the author imagination stand. I also found it interesting that the author tells how she ran across the Grimke sisters story  in a Chicago exposition of “one hundred of the most influential women in American History.” The two sisters certainly deserved much more notice in the annals of American History textbooks than they ever received. For my part between 1964 and 2004 when I taught units on the people and events leading up to the Civil War to high school students I always included their neglected story. Now I’m every glad that Kidd, a wonderful writer,  has brought that story to a much wider audience. I strongly recommend it to everyone…