We Are Soldiers Still 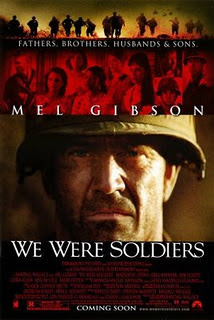 I had just finished reading We Are Soldiers Still - A Journey Back To The Battlefields of Vietnam. The book is by Lt. General Harold Moore and journalist Joseph Galloway. Why go back and read about a long ago, divisive and disasterous war? Simply because there are still lessons to be learned.


For me, an interest in the recent appearance of this particular book began several years ago with a movie. The title of the movie was We Were Soldiers - And Young. It was based on the book of the same name also written by Moore and Galloway. It starred Mel Gibson as the young officer Moore, who's task was to convert the 7th Regiment (Custer's old cavalry unit) into an effective component of the new airmoble 1st Cavalry. That division was about to be sent and tested in Vietnam.

An old Irish folksong "Gary Owen" was the 7th's marching song and greeting.. The 1st Cavalry (Airmobile) division would mount a fleet of helicopters instead of horses. 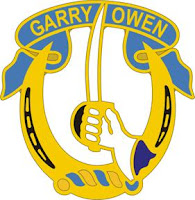 The 7th regiment was soon shipped in its entirety to the escalating war South Vietnam. There they were quickly helicoptered into the Ia Drang valley with the mission to locate North Vietnamese forces and to cut the Ho Chi Minh trail. The idea for airmoble unit was to be able to chose its own time and place for battle. In that valley, they were immediately surrounded and attacked by hidden and well entrenched regular forces of the regular North Vietnamese army. That army had been moving south to reenforce the Viet Cong .
With great difficulty and heroism, the 7th held its own, under Moore's brilliant leadership, against an attacking force that greatly outnumbered them.

Several days, later a sister unit from the 1st Cav. that was moving into the same area was ambushed and basically wiped out. That, of course, never appeared in the newspapers of the time. Fifty thousand Americans were killed in this war before it was over seven years later. Moore was obviously a fine man and a great leader. I'm sure there were many others like him. The movie as movies are wont to do, elicited a strong surge of patriotic emotion, during the battle scenes. One's fellow countrymen, putting there lives on the line to protect our freedom, it seemed . And yet. And yet walking out of that theater I couldn't help but thinking..... what a waste. What a godawful waste.... The wisdom of hindsight perhaps
I had remembered a Christmas family gathering a few years before, where I met my cousin who had just returned from Vietnam. He was a civil engineer working on water projects in Saigon. Today, I guess, he would be called a "civilian contractor." He had utterly shocked me with tales of massive corruption in South Vietnam's military government. How the Americans had to bribe people left and right to accomplish anything. How, except for some of the Catholic minority, the people despised that government and regarded them as lackeys for the American "colonialists," who had replaced the "true" nationalists. A generation later, Moore kept a promise he had made to his men, that someday they would return to that battlefield, to make peace within themselves and to their fallen comrades. After years of difficulties that promise was kept and a number of these heroes returned to the Ia Drang Valley. One of those heroes is pictured here, at that place and that time. His name was Rick Riscorla. A generation later, he was the new chief of security at the World Trade Center. There he died after his actions saved the lives of thousands of people on that fateful day. 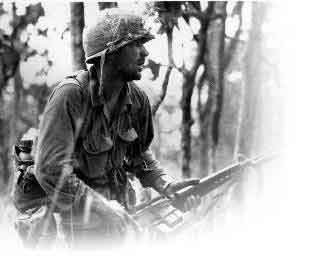 Hal Moore, Joe Galloway, and many of their comrades were to return to Vietnam. There they met and befriended some of the soldiers they had fought. Moore's counterpart in the NVA was among them. In fascinating detail we learn of the strategies of each side. More importantly, we read of their hopes, dreams and illusions. Given the delusions, that have at times colored our own foreign and security strategies, it is a tale well told and worth learning from. General Hal Moore follows up on the Vietnam war in We Are Soldiers Still - A Journey Back To The Battlefields Of Vietnam.
I highly recommend it. A few days ago an American aircraft carrier docked at a Vietnamese port. American tourists now flock to the country. America seems now wary of Chinese ambitions in the South China sea. So are the Vietnamese. How times have changed...... 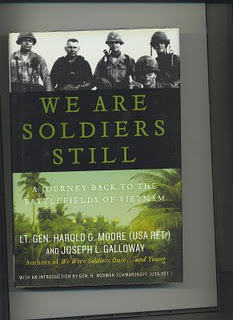 Posted by troutbirder at 6:30 AM 7 comments:

Lost in the Wild

In the wilderness, one false step can make the difference between a delightful respite and a brush with death. Survival  stories are one of my favorite genres.


On a beautiful summer afternoon in 1998, Dan Stephens, a 22-year-old canoeist, was leading a troup of  boy scouts deep into Ontario’s Quetico Provincial Park. He stepped into a gap among cedar trees to look for the next portage—and did not return.


Three years later, Jason Rasmussen, a third-year medical student who loved the forest’s solitude, walked alone into the Boundary Waters Canoe Area Wilderness on a crisp fall day. After a two-day trek into a remote area of the woods, he stepped away from his campsite and made a series of seemingly trivial mistakes that left him separated from his supplies, wet, and lost, as cold darkness fell.


Enduring days without food or shelter, these men faced the full harsh force of wilderness, the place that they had sought out for tranquil refuge from city life.   Lost in the Wild takes readers with them as they enter realms of pain, fear, and courage, as they suffer dizzying confusion and unending frustration, and as they overcome seemingly insurmountable hurdles in a race to survive.


This true adventure book  hit me hard several ways. As a youngster Jack London’s  Call of the Wild brought me close to the Artic Wilderness and much later filmmaker author Jon Krakow brought me up and back down Mt. Everest attementing to rescue stranded, trapped and dying climbers. My own experience taking my teen age boys into Minnesota BWCAW (Boundary Waters Canoe Area Wilderness) brought many personal wilderness memories  back to life as exemplified by problems and dangerous choices revealed in this riveting book. Another connection for me was  when the deputy sheriff who led the various joint agency  rescue teams turned out to be a former student of mine. His name was Steve V.


Real People Real small mistakes can cascade into life or death survival choices. This is not the fake survival stuff you see on T.V. Enjoy! But be careful not to get lost.....