As a young author, beginning some three decades, ago he wrote suspense/thrillers. Although not a big fan of that genre, I liked Eye Of The Needle, The Man From St. Petersburg and Lie Down With Lions. Then, in 1989, he wrote something completely different. It was Pillars Of The Earth, a wonderful story of love and devotion surrounding the building of a cathedral in the early Middle Ages. That novel of historical fiction remains, to this day, as one of my all time favorites. 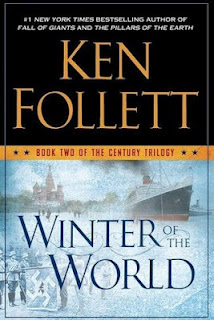 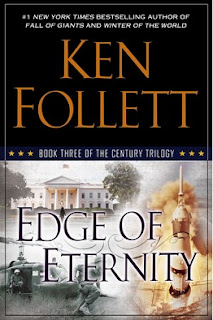 
It is the first novel in The Century Trilogy, and follows the fates of five interrelated families-American, German, Russian, English, and Welsh, as they move through the world-shaking events of the First World War, the Russian Revolution, and the struggle for women's suffrage.


So what did I think of the series? It’s well done on the vast scale of historical events. The cast of characters, ranging from the real to the imagined, keeps you interested. Follett  always tells good stories. Still, it's not War and Peace nor Pillars of the Earth. This somewhat lesser interest for me is fairly easy to explain . In Pillars I knew little about life in the twelfth century and even less about building a cathedral. The history in those two books, as well as the characters was quite fascinating. That combination was not quite there for me in Fall of Giants. The history of WWI and the countries involved were well known to me. And, of course, to Follets specialty is always the tale which pulls you along rather than the depth of characterization. He weaves the tapestry of people and events together extremely well.


In many ways this book reminded me a good deal of another authors great historical novels. That would be Herman Wouk, whose best sellers set in World War II, Winds of War & War and War and Remembrance, had the same format.


As a history teacher, I like to see good history accurately portrayed in an engaging story. If that’s your cup of tea, I’d recommend it The Century Trilogy most wholeheartedly......
Posted by troutbirder at 7:24 AM 11 comments:

The Revenant by Michael Punke

It was a few weeks before the Academy Awards show that Barb and I went to see the highly touted movie The Revenant starring Leonardo Dicaprio. I followed that up with a review post here on   Sunday, January 17, 2016.  I found the cinematography fabulous, the mostly true story interesting and the main characters lacking depth, especially the Oscar winning stars portrayal. Naturally  reading the book was the only way to find out of the impasse... 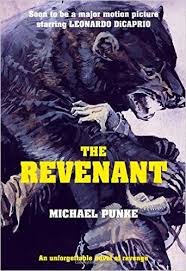 I suppose it was reading Dumas The Count of Monte Cristo as a youth that first peeked my interest in stories  of this genre. The Revenant by Michael Punke is a thrilling tale of betrayal and revenge set against the nineteenth-century American frontier, the astonishing story of real-life trapper and frontiersman Hugh Glass
The year is 1823, and the trappers of the Rocky Mountain Fur Company live a brutal frontier life. Hugh Glass is among the company’s finest men, an experienced frontiersman and an expert tracker. But when a scouting mission puts him face-to-face with a grizzly bear, he is viciously mauled and not expected to survive. Two company men are dispatched to stay behind and tend to Glass before he dies. When the men abandon him instead, Glass is driven to survive by one desire: revenge. With shocking grit and determination, Glass sets out, crawling at first, across hundreds of miles of uncharted American frontier. Based on a true story, The Revenant is a remarkable tale of obsession, the human will stretched to its limits, and the lengths that one man will go to for retribution. The movie was fun. The books depth even better...