Thomas Jefferson - The Art Of Power 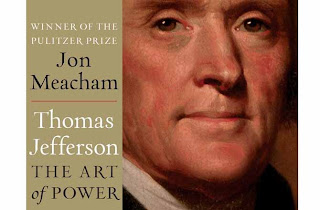 I liked Jon Meacham’s new biography, “Thomas Jefferson: The Art of Power.” It is a good book. It’s not as great as the authors American Lion, his Pulitzer Prize winning biography of Andrew Jackson. While Meacham is a highly skilled wordsmith (he is one of those journalists turned historian) and his research is impeccable, he does tread the middle ground a bit too much in this book.  As you are probably are aware, Mr. Jefferson’s reputation has taken a beating in recent years. It’s all about hypocrisy. The man who brought us “all men are created equal” had slaves.  Considering the times though, while he made some motions early on towards eliminating slavery later he talked out of both sides of his mouth. Promising some he was against it and would work to end the institution and then continuing to live the live the life and do nothing about it. Meacham deftly avoids much of this subject, says little about his   black mistress and mother of many of his children.  Much of what Mr. Meacham has to say about Jefferson repeated frequently, is that he was both philosopher and politician but could be pragmatic when theory and reality were at odds. Though he was an idealist but was also able to be practical and could compromise in an burgeoning era of extreme partisanship. All and all in todays similar climate there were some good lessons  for today.  I’m sure the book will be very popular and will give it a B+.

Posted by troutbirder at 10:14 AM No comments:

Reading voraciously has been a lifelong habit for me.  For enjoyment, knowledge, and sometimes retreat from the cares of life and the world.  Thus appalled by the news of the slaughter of innocents in Connecticut on Friday, I fled to Jon Meacham’s wonderful new biography Thomas Jefferson The Art of Power. I was as far as Chapter 23 Page240.  Thus –
“There was a late snow in New York in the last week of April 1790. Not long afterward President Washington became so ill that he was thought to be dying. By early June, however, the president was well enough to take Jefferson along on a fishing trip off Sandy Hook. Jefferson, ever practical and optimistic, hoped any seasickness would ”carry off the remains of my headache.” 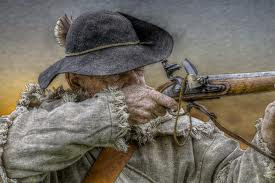 Guns don’t kill people. People kill people using guns. I wonder if these two founding fathers and the others who added the 2nd Amendment to the Constitution could see these massacres, in modern America,  would they say “this is what we had in mind when guaranteeing citizens right to keep and bear arms?”  Loading a black powder musket would likely not allow someone to kill dozens of children in minutes much less seconds…..   It’s time to move on into the 21st century and deal with the problems we face now.  Are you listening Judge Scalia?  Probably not
Posted by troutbirder at 2:51 PM No comments:

War by Sebastian Junger author the Pulitzer Prize winning The Perfect Storm.
Introduction  This book is not about the politics, cultural perspective nor the strategy of this war.  It is really about the nature of war itself and what is does to the very young Americans who mostly fight it.   I found it especially interesting because I had several high school students who came back from the country wounded in more ways than one....


Book 1  Fear
Korengal Valley, Afghanistan Spring 2007
By cowardice I do not mean fear. Cowardice… is a label we reserve for something a man does.  What passes through his mind is his own affair.
Lord Moran, The Anatomy of Courage
Book 2 Killing
We sleep soundly in our beds because rough men stand ready in the night to visit violence on those who would do us harm.
Winston Churchill (or George Orwell)


Book 3 Love
The coward’s fear of death stems in large part from his incapacity to love anything but his own body. The inability to participate in others’ lives stands in the way of his developing any inn resources sufficient to overcome the terror of death.
J Glenn Gary, The Warriors


For five years American soldiers manned a series of outposts in the most godforsaken part of Afghanistan.  Near the border of Pakistan the tactical object was to interdict Taliban fighters and supplies crossing the border. Forty two American died in a tiny place where Junger spent part of a year living with the American troops in small outposts under siege. This is the story of those men. 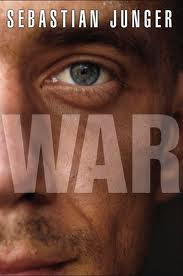 For those interested in what the ground war in Afghanistan is really like at the tip of the spear, this is the book to read.  My summary of the book is from  William Tecumseh Sherman: "War is hell."
Posted by troutbirder at 1:39 PM No comments:

The Blood Of Free Men

In June and July of 1944  the Allies were bogged down in the hedgerows of Normady, and the fate of Paris hung in the balance.   Warsaw, Antwerp, and Monte Cassino—were, or would soon be, reduced to rubble as the Allies pushed on to defeat the Nazi monsters.  But Paris endured, thanks to a divided cast of characters, from Resistance cells and Free French to an unlikely assortment of diplomats, Allied generals, and governmental officials.  Popular perception in the long run coalesced on certain views of what happened. Some of it true. Other parts not…. 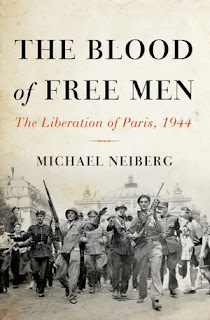 In The Blood of Free Men,  historian Michael Neiberg  traces the forces vying for Paris, providing a revealing new look at the city’s dramatic and triumphant resistance against the Nazis. Saving Paris was not a sure thing that might have led to this beautiful city being utterly destroyed.  The Allies were intended to go aroun Paris focuses on trapping the German army west of the Rhine.   Many, but not all,  of Paris’s citizens had chosen to lay low and survive upon the Germans quick and surprising defeat of the French army in 1940    In August of 1944  they had to act as the Allied armies ever so slowly approached and the city was starving. Then the city rose and that along with clever diplomacy, and last-minute aid from the Allies, managed to save the City of Lights. An intriguing story for sure. 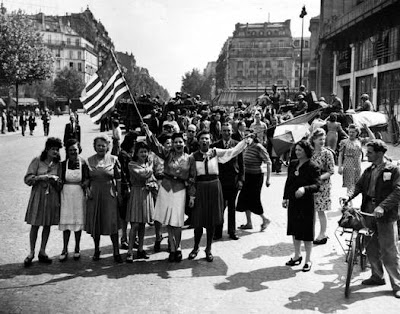 Posted by troutbirder at 5:37 AM No comments:

Frank McCourt grew up in exceptionally unhappy circumstances. He was born in  America and then left for Ireland with his parents eventually moving back and forth several times. Then he became a teacher in New York City’s public schools. He retired after thirty years in the classroom and more than a decade ago Frank McCourt became an unlikely star when, at the age of sixty-six, he burst onto the literary scene with Angela's Ashes, the Pulitzer Prize-winning memoir of his childhood in Limerick, Ireland. As a retired teacher myself, I read the story of his teaching career titled appropriately enough as Teacher Man. I was both intrigued and appalled.


The book is both strong and irreverent.  For a reader grown increasingly tired of the barrage of criticism of public education Teacher Man comes across as a tribute to teachers everywhere. The book records the trials, triumphs and surprises of teaching in big city public high schools. Teacher Man shows the author building on his honesty, creativity and ability to tell a great story as, day after day, year after year, he worked to gain the attention and respect of eventually thousands of students. These were students who often presented more than the average share of adolescent problems and misbehavior. 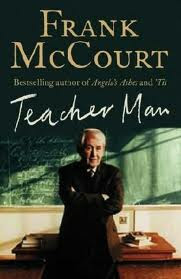 I grew up in the Twin Cities but spent my teaching career in rural Minnesota. McCourts career in New York City was alien territory to me. He portrays himself as a really bad teacher. I  find this suspect as it seems unlikely that he would ever have been given the jobs he got, nor would he have been allowed to continue with his completely unorthodox teaching methods.  He survived and eventually students clamored to be in his classes….


I’d rate this book a really good read.
Posted by troutbirder at 6:08 AM No comments: