The Battle Of Leyte Gulf

Pacific Glory is a naval action thriller set in WW II by P.T. Deautermann. Think the movie Pearl Harbor. It’s what I would describe as a Hollywood style potboiler. Stunning women. Young dashing heroes. And all based on real and amazing events. Sort of.... 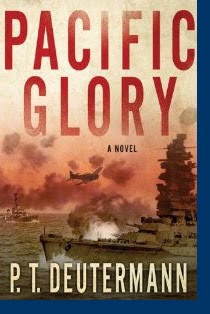 It chronicles the WW II exploits of two naval officers who were roommates at the Naval Academy. In 1942, Lt. Marsh "Beauty" Vincent is serving aboard a heavy cruiser off Guadalcanal, while Lt. Mick "Beast" McCarty is an ace pilot at Midway. After Marsh is injured, he's shipped to convalesce in Hawaii, where he runs into Glory, a nurse who's the widow of his other Annapolis roommate, Tommy Lewis, who died in the Japanese attack on Pearl Harbor. Meanwhile, Marsh strikes up a romance with nurse Sally Adkins, and the two of them wind up celebrating Christmas 1943 at Pearl Harbor with Mick and Glory. Marsh and Mick later cross paths on the eve of the climactic Battle of Leyte Gulf off the Philippines.
As I began reading the story I started to get the feeling that I’d read it before. Like the author was plagiarizing someone else’s book. Then I remembered I was reading a novel. In novels you can make up anything you want. Finally, it dawned on me. I had, apparently, read too many actual history books involving the people and events being portrayed. In the afterword, the author identified the rea l people and events portrayed in his book . Fair enough. Too bad though. I tend to think that the best historical fiction hews fairly close to the actions, motivations and emotions of the real people involved. These, of course, can only be guessed at based on careful historical research. 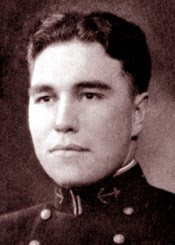 The sad thing in Deautermanns story is that the actual people involved in the naval battle of Leyte Gulf were far more interesting than his Hollywood stereotypes. Take the character Marsh "Beauty" Vincent. In the story, he became Captain of the destroyer Evans shortly before the big battle in Leyte Gulf. The light bulb went on when I read that name. There was no destroyer Evans in the actual battle but there was a Commander Ernest Evans, a Cherokee Indian and Annapolis graduate who led his destroyer on the last great charge in the last great naval battle in history. A Medal of Honor recipient for his acts of bravery and leadership in the battle of Leyte Gulf, he overcame extreme poverty and prejudice to become a naval officer before the war. Knowing the story of his defense of the carriers of Taffy 3, I had always admired him as a great hero and still do. With his tiny destroyers ammunition all gone and the ship ablaze, he continued to attack the largest battleships ever built. 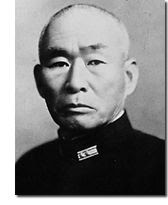 On the other side of the coin was Admiral Takeo Kurita, the Japanese battleship commander charged with making what was, in essence, a suicidal fleet attack against the American invasion of the Philippines. He was, perhaps, the most intriguing of all. By means of a clever deception, which put Bull Halsey reputation at risk, Kurita's force of battleships fought and destroyed a portion of a smaller and outgunned American naval force in a night battle in Leyte Gulf. Then faced with the prospect of being annihilated by the power of Halsey's overwhelming carrier force, he choose a "mysterious retreat" in violation of his orders. He was later praised after the war as a "seaman of seamen," but never honored for "his humaneness, as a commander, who chose not to foolishly waste the lives of his men in a grand but empty act of bushido" In the hands of a skilled historical novelist, like Sharon Kay Penman, Colleen McCullough, Jeff Shaara, James Clavell and many others, what a wonderful novel this could have been. Instead of focusing on the minute details of the battle had he only told the story of the poeple involved it could have been great. Evan Thomas did that in his book Sea of Thunder.
I don't think one has to be particularly interested in refighting old battles from WWII to learn something worthwhile from from Evan Thomas's book. The vagaries of courage and honor in the face of cultural imperatives are a subject for any era. Think of things like the "doctine of preemption" as a basis for a national foreign policy or "enhanced interrogation" as best means of protecting our national security. Light entertainment Pacific Glory. The real stuff Sea of Thunder 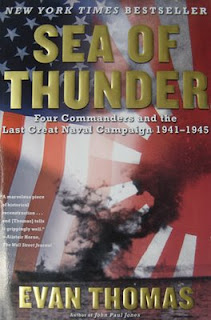 Posted by troutbirder at 6:37 AM

I am adding both of them to my reading list. I am not a history buff like you, but I like to read these types of books. Even the lighthearted version sounds good. Thanks for the review.

My husband and I have been adding more WWII to our reading list lately. I will check out these books. I tend to like the lighthearted, and he likes the real deal military.

For war stories, I prefer the real thing with real people so I guess I would perfer Sea of Thunder. Thanks for a great review.

Good review and analysis. What did you think of Wouk's "War and Remembrance"? He has a chapter on Leyte Gulf.
Cheers,
Mike