It had been some time since I had read Aldo Leopolds Sand County Almanac. I reread it again yesterday. As I learn more and see more going on in the world around me, it gets better each time. One of the founding "philosophers" of what today is called environmentalism, his words speak for now and the future.

"I am glad I will not be young in a future without wilderness."

"Examine each question in terms of what is ethically and aesthetically right, as well as what is economically expedient. A thing is right when it tends to perserve the integrity, stability, and beauty of the biotic community. It is wrong when it tends otherwise."
"The last word in ignorance is the man who says of an animal or plant: 'What good is it?" "Civilization has so cluttered this elemental man-earth relationship with gadgets and middlemen that awareness of it is growing dim. We fancy that industry supports us, forgetting what supports industry."

"We abuse land because we see it as a commodity belonging to us. When we see land as a community to which we belong, we may begin to use it with love and respect." 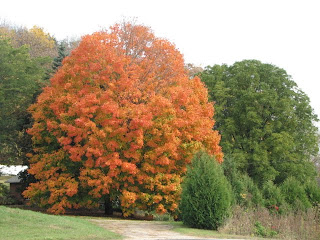 "The land ethic simply enlarges the boundaries of the community to include soils, waters, plants, and animals, or collectively: the land... In short, a land ethic changes the role of Homo sapiens from conqueror of the land-community to plain member and citizen of it. It implies respect for his fellow-members, and also respect for the community as such." "Cease being intimidated by the argument that a right action is impossible because it does not yield maximum profits, or that a wrong action is to be condoned because it pays." 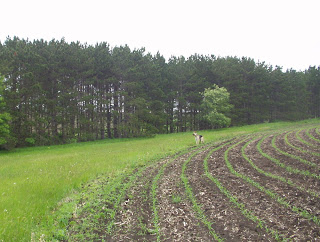 Posted by troutbirder at 4:50 PM

I should read him but I fear he will break my heart even more.

I was unaware of his book but will look for it. Pertinent quotes that we should live by. Now if we could just convince business that profit comes in other forms than money.

My favorite book..he was a true Naturalist/ Conservationist..his observations were and are right on. He died before I was born..I would have liked to have met him. I buy up old paperback copies at Garage sales and give them to like minded people. I do have to thank a Forestry Instructor at NDSU for making us write a paper about this book..it all goes back to thanking a teacher..for a book that has impacted my life more than any other..I highly recommend it..my copy is always at hand..just incase I need to be inspired:)

Terrific quotes. I always learn something new by visiting your blog. Thanks, TB!

Thanks for sharing these wonderful quotes. I especially love the second quote and couldn't help but thing of how developers in Colorado Springs have ruined my beloved community because they saw the land as commodity.

I don't get to comment very often - my computer is old and dial up makes it even slower... but I want you to know I really enjoy visiting here, even when I don't have the time to comment!

I've long heard about this book but never read it. Thanks for renewing my interest. I'm putting it on my list!