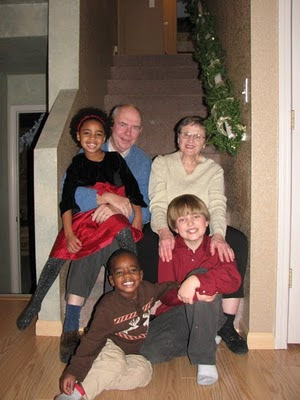 We had gathered in the living room in Colorado to open family Christmas presents. The grandkids were all excited as children are wont to do on Christmas Eve. Santa would be coming later that night but that was another story. Gramma took a chair and parents and children gather round the tree. Grandpa remained comfortably seated on the carpeted stairway. 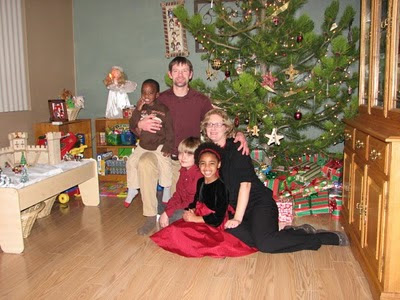 A rotation plan saw each child and adult take their turn opening a package. In the hubbub, no one but grandpa noted the large plastic ball that came rolling down the stairs and hit him in the back. 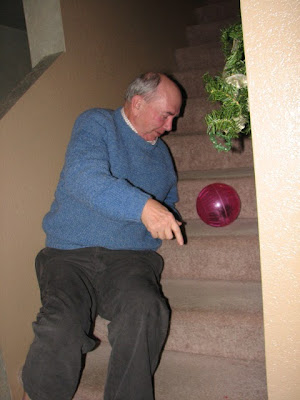 Engrossed in all the excitement, I absentmindedly picked it up and tossed it back up the steps to the landing. Some minutes later I was struck again. Now completely puzzled, I picked it up, when the stern teacher voice of Mrs T inquired as to why I was playing with a ball. "It keeps rolling down the steps on its own," I replied in my best dumbfounded manner. Whereupon, oldest grandchild shouted, "it’s because our HAMSTER is in it and wants to come downstairs." Sure enough, looking closely at it, for the first time, a small furry creature was inside. Setting the ball on the floor, off it went towards the Christmas tree. 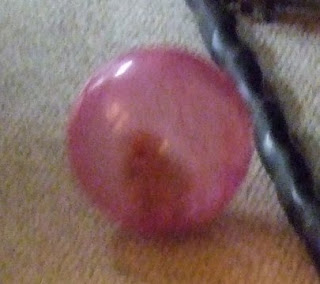 Apparently the Hamster had been removed from his cage, put him inside the ball, and gets his daily exercise that way. Amazing! 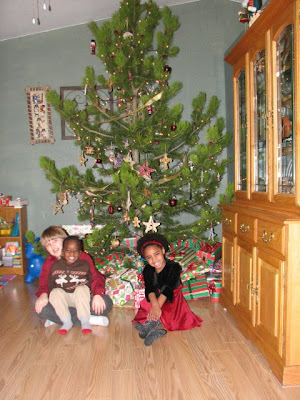 Posted by troutbirder at 2:22 PM

Do you think hurtling down the stairs was part of the hamster's plan?
I'm always taken by how pretty your family is, and they always also look very happy. What fun to be with them over the holidays!

What happy smiles on those faces. Pretty sure noone had to shout "Cheese".
Yo u are the first person I know to have been attacked by a hamster ball and survived.
Bet he got a thrill when you pitched him back up the stairs but then they are pretty used to repetition.

Sounds like a very fun Christmas. Taking turns opening a package is an excellent idea - Loved the Hamster story.

A hamster doesn't want to miss out on all the fun. You have a handsome family there.

Cute story, I wonder how the hamster enjoyed bouncing down the stairs? Not once but twice :)

The poor little guy just wanted to get in on the action and this ogre kept tossing him back up the stairs. Now that is a very funny story!

I think our hamster is actually a genius. She goes down the stairs one step at a time and will follow people around the house.

What a delightful post...made me laugh. When our hamster is in his exercise ball, I reinforce the "door" with tape because I worry it will open and he'll escape to places unknown.

Your grandchildren look so healthy and happy and Mr. & Mrs. T. don't look too bad either:) It's a lovely photo of a lovely family.