Dead Wake - The Last Crossing of the Lusitania 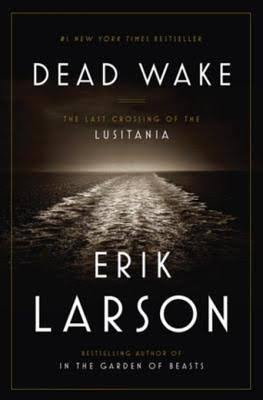 One of my favorite authors is Erik Larson a modern master of popular narrative nonfiction. No dull history tomes for him as he’s  proven time and again  adept at rescuing relatively significant but mostly obscure episodes in history and turning them novel like into best sellers. Two of my favorites were The Devil in the White City and In The Garden of Beasts.

2015 brought us Dead Wake – The last Crossing of the Lusitania.
On May 1, 1915, with WWI entering its tenth month, a huge and fast luxury ocean liner sailed out of New York, bound for Liverpool, carrying thousands of people including a record number of children and infants. Trying to starve Britain into submission, Germany had declared the seas around Britain to be a war zone. Still most believed the “rules” of warfare kept civilian passenger ships safe from attack. 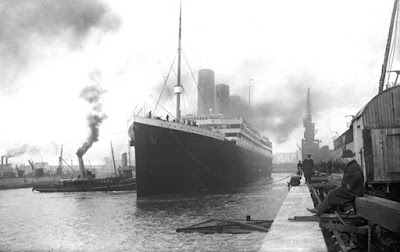 Walther Schwieger, the captain of Unterseeboot-20, following new orders was ready to shoot. Meanwhile, an ultra-secret British intelligence unit tracked Schwieger’s U-boat, but told no one. As U-20 and the Lusitania made their way toward Liverpool, an array of forces both grand and achingly small—hubris, a chance fog, a closely guarded secret, and more—all converged to produce one of the great disasters of history. 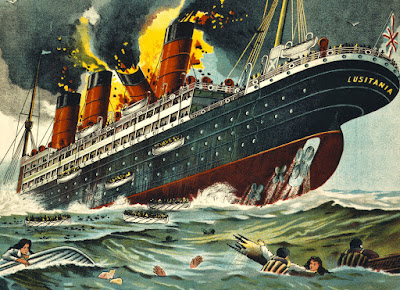 The fate of many of the passengers we know but it was the secrets which lay behind the decisions of the hunted and the hunter which drew my attention and kept me focused on the story.  Gripping and important, Dead Wake captures the sheer drama and emotional power of a disaster whose intimate details and true meaning have long been obscured by history. How it all happened and why was quite unexpected. A historical mystery as it were. I loved it.
Posted by troutbirder at 7:31 PM

Hubby would have loved this book. I'm sure you're write-up about it will increase sales. Certainly I shall get it if I get the chance.

Sounds like a good read, I will have to see if my library has it

I know so little about that sinking. Your review has really sparked my interest and I am now on the hunt. Thank you.

sounds great to me one might have look on it

Oh my, a good one! Checking the library!