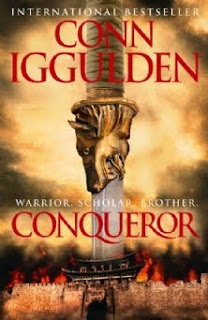 A rip-roarin’ read, and inspiration to go and sack a few cities on your own.
Posted by troutbirder at 7:21 AM

Hahahaha! You are so funny. A captivating read for sure!