And Then All Hell Broke Loose 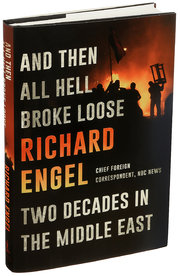 Richard Engel  is the chief foreign correspondent for NBC and has  spent much of his 20-year award-winning career  in war zones in the Middle East. As an enterprising freelance reporter,  he initially  got himself into Iraq as a “human shield” for a peace organization in early 2003, and struck a deal with ABC News; he would become the last American television reporter left in Baghdad.


In 2005, his Baghdad hotel was badly rocked by a truck bomb across the street, and as the entire region exploded into war and revolution, he would have other close calls — including being kidnapped in Syria in 2012. To characterize him ad an intrepid reporter would be more than an understatement.


Mr. Engel’s harrowing adventures make for gripping reading in his new book, “And Then All Hell Broke Loose,”.    He deftly uses them as a portal to look at how the Middle East has changed since he arrived in the region as a young reporter back in 1996. The result is a book that gives readers a brisk but wide-angled understanding of the calamities that have unfurled there over the last two decades — most notably, the still unspooling consequences of the careless and botched invasion by the United States invasion of Iraq, and the sad unfolding  of revolutions in Egypt, Libya and Syria
Engel has interviewed most of the key players in these tragedies writ large as well as having a good background in the history of the region. The book is relatively short and snappy  but one couldn’t do much better to gain good insights into the present chaos….. 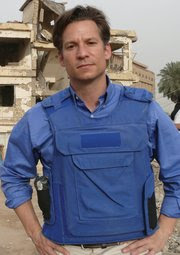 What a challenge to have taken.Sounds interesting to read.

I'd like to read this. I'm sure his insight is priceless.

I am impressed that he survived 20 years in the middle east with enough brain cells left to write a book. That place could frustrate the most patient. Sounds like an interesting read about a place few of us can understand.

Oooooh, this sounds like a good read. And informative too! I would like to hear him speak on his adventures.

That's a tough area to work in for 20 yEARS. There's much more to happen there before it's all over.

This should be classed as a must-read book. How better to learn what goes on than through the words of someone who experiences it first hand.

Looks like an interesting read. I am finishing Meacham's biography on Jefferson "The Art of Power" and my husband finished Brian Kilmeade's "Thomas Jefferson and the Tripoli Pirates" that I gave him for his birthday and he very much enjoyed. You always give good book reviews and I like your recommendations.

What an interesting author bio! He does sound like the right person to write this kind of book.

He is much braver than I! This sounds like a fascinating read. You are surely nudging me into nonfiction books. ;) Thanks for reviewing!

Sounds like a very compelling read. Thanks for reviewing.

Great review! This is just the kind of nonfiction I love to read. I'll have to check this one out.

I'm so impressed by Richard Engel. I've been watching his news reports for years, and he always seems so knowledgeable, as well as being brave and intrepid. The books sounds amazing. Thanks for the review.

Thank you for the review, you always do a great job.
Carla

This one sounds both worth while and doable. I am both fascinated by history and lacking the patience to read the minutiae. Thanks for all ypur work.