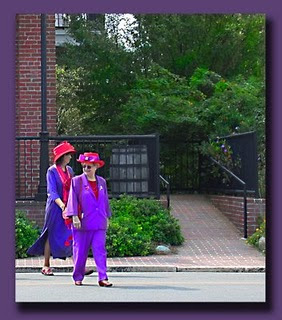 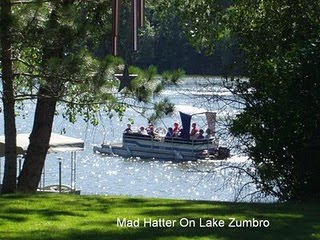 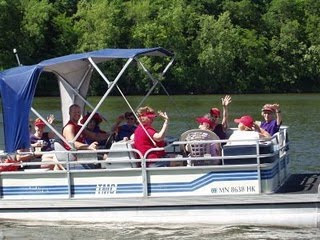 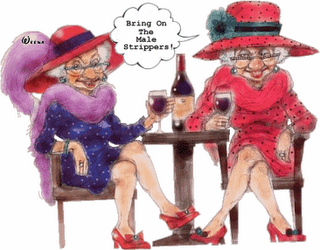 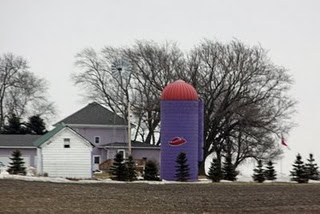 Warning by Jenny Josep,
When I am an old woman I shall wear purple
With a red hat which doesn't go, and doesn't suit me.
And I shall spend my pension on brandy and summer gloves
And satin sandals, and say we've no money for butter.
I shall sit down on the pavement when I'm tired
And gobble up samples in shops and press alarm bells
And run my stick along the public railings
And make up for the sobriety of my youth.
I shall go out in my slippers in the rain
And pick flowers in other people's gardens And learn to spit.
You can wear terrible shirts and grow more fat
And eat three pounds of sausages at a go
Or only bread and pickle for a week
And hoard pens and pencils and beermats and things in boxes
.But now we must have clothes that keep us dry
And pay our rent and not swear in the street
And set a good example for the children.
We must have friends to dinner and read the papers.
But maybe I ought to practice a little now?
So people who know me are not too shocked and surprised
When suddenly I am old, and start to wear purple.
Posted by troutbirder at 4:23 AM

Hilarious! I would fit right in - Purple is one of my favorite colors. I don't do hats, however.

I assume you've notified the Department of Homeland Security - definitely a suspicious bunch.

Ahhh, my mother is in this 'Society' devils they are!!! not a care in the world at their age; such blasphemy!

Thanks for stopping by my blog...my husband is a former Social Studies teacher and a soccer coach. He got out of it because of the behavior of the kids and lack ofsupport from admin. I still love it but then again, I teach 3-5th graders and makes a big difference.

Thank you for commenting on George Washington. He was a great man! Those red-hatters are demons! I have been thinking of joining them but am "afeared" that they would take my individuality away; I think they are plotting to take over the government.

I have this "Warning" framed and hanging in my office. It's been there since 1993....I guess I felt old then. What was I thinking?

My mother-in-law is a member of this club. Certainly a reason to get out and have a good time I think. ;)

At the risk of sounding very grumpy: As a woman who has pretty much flouted convention all her life in things from fashion to politics to culture and often took a lot of s*** for it, and been in the company of women and men doing the same, I always get annoyed when I see what seem to be these well to do women acting like for some reason they HAD to "be good" until they got old and that wearing a red hat is some bold, transgressive thing to do in life.

That was fun!! I love the purple grain bin with the red hat. The farmer/husband must also possess a fine sense of humor! :-)

I know of this secret cult though I have never joined but I love the silo and the poem at the end! Anything that helps set our spirits free is always good with me!

This secret cult is a great group of folks. I don't think we have to worry about any dangerous terrorist connections, though.

Binary Options is the way to [url=http://www.brokersring.com/]make money[/url] securely online