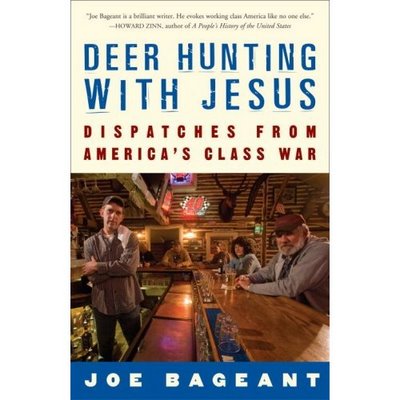 Of course, the situation has gotten a lot worse since the book was published.  Miss Hilton's team hasn't won but is winning.  Bill Clinton had it right those decades ago..."It's the economy stupid."
Posted by troutbirder at 7:00 AM

You've made me very curious. And it has such an intriguing title, too.

Art was talking about this book last week. I think he's getting it from the library.

Funny how telling people not to read a book makes them want to read it! You should work for a publishing company.

I might have to get the hubby this for father's day! :)

Hmmmm..I'm intrigued. The only thing that holds me back is the non-stop barrage of all things politics. I am turning to books these days as my escape from the far left media.

Thanks Sr T. Nice re-review. I appreciate the effort to get us to step back and take a broader view than we get by focusing on the distracting daily infighting between the two Capitalist parties.

It's both fascinating and sad that a 2009 warning is as prescient now as it was then and that Paris Hilton had a clearer view of politics then than the Democratic Party leadership does now.

I think we can take hope from the fact that millenials have a much sharper class analysis than do we who were raised on nothing but Cold War propaganda such that two thirds of them have a favorable view of Socialism up from half just three years ago!

I really should read that book! Winchester is only 40 minutes from here and we go there often. Rubbermaid has taken over a second factory, a GE building that closed after incandescent bulbs went out of style.

Anything political puts me off reading lately. Perhaps I'm turning into a 'head under the pillow' person!

I'm afraid I am a bit like Valerie. I am totally politically burned out. I do hope the younger and stronger take up the challenge. Perhaps we need some campaign managers to read this so they can understand how to win elections. .

Liberals are very busy being offended and drowning out free speech.

Interesting in light of the most recent events in the US. We have a battle royal going on in our small newly-adopted town on the East Coast. Conservatives want to somehow revive the steel mill on prime real estate on the water, which closed down almost two years ago, and get their jobs back. Liberals want to tear down the eyesore and use the land to bring in tourists, creating service jobs. The meetings have been interesting and sad because these men want to bring back a world that no longer exists, one with paid health insurance, secure jobs, pensions, and high wages for unskilled workers willing to do dirty, hot, and dangerous work.