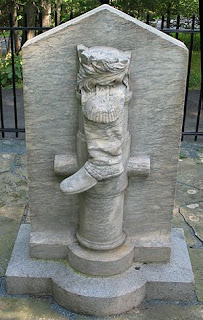 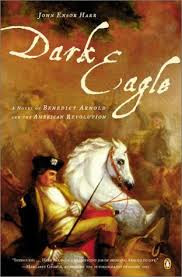 you had me totally stumped with this one

I didn't have a clue but found the info interesting. Sounds like a book I'd enjoy as I know little about him except for his history making dastardly deed.

Very interesting! I'm going to take a look at the book

Nope. I even got some help when I tried to save the photo so I could enlarge it. Arnold's shoe? Arnold who? Arnold Eisenminger? Arnold McGillicuddy?

I'm not that up on American history and have to wonder why I've read more about a lot of European countries although your review makes me want to know this story not least because of that that knack you have for stringing together a series of breathtaking sentences. Thanks.

Interesting and I may even have to read this book. I have only heard the traitor information about Mr. Arnold.

I like these quizzes, even though I never know the answer. It's nice to be told, though.

And that last sentence is both reassuring and frightening.

I love how you tie history to current events in this review! There is much to be learned from history. I wish Tr*mp would crack a book before blundering into politics.

The right name popped into my mind, something to do with the boot, but I could not remember why. If this had been a jeopardy quiz I would not had pressed the timer, but would have given the right answer as a desperate guess if it had been a double jeopardy question.

Interesting review! I especially loved the opening and ending. :) I'm actually reading a YA about this time period. Would be great to pair it with this book. Thank you for reviewing!

I read Bubba M. as well as you do. I've noticed something in the last year...and I'll put it in socialist/leninist terms: he's become rigid in dogma. We exchanged emails for some months, I told him a bit about my work. Then it suddenly stopped. I disagreed slightly with him on one of his posts and he referred to me as 'rip van winkle' just awoke from the 70's.
Anyway, I gave up at this point.
Dogma is dogma, just that. Only works if the population is less than 10.
You were correct in your last response to him.

I'm glad he's there and all that, and that position has to be out there. I guess it's just age, and the realization that there are colors of grey, as well as black and white.

I find this type of book very creative. The author does the research, but fills in the blanks. Good work!