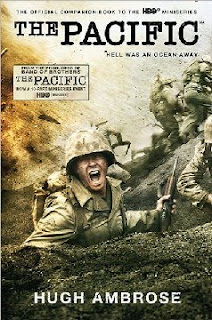 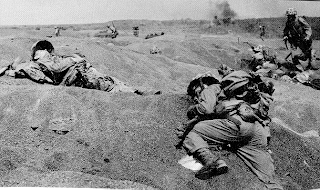 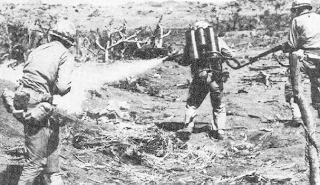 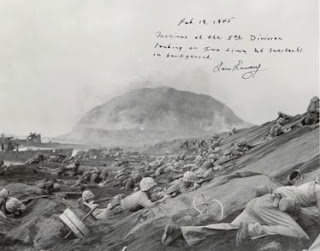 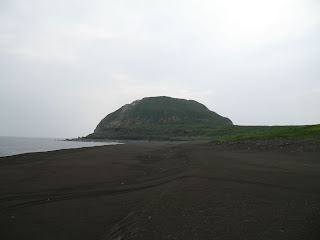 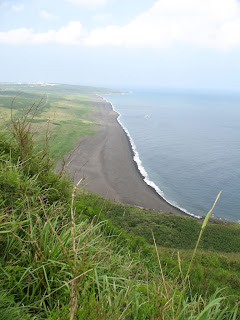 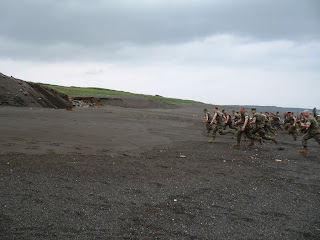 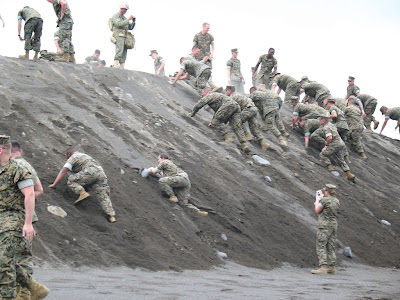 The guide for this trip asked the Marines to rush this dune to get an idea of what the Marineswho took Iwo Jima faced. Every step you take up, you slide down and into the dune. Youhave to work hard to get to the top. Imagine doing it with 100 lbs on your back while beingshot at and artillery raining down on you.
At this place at that time "uncommon valor was a common virtue." Admiral Nimitiz
Posted by troutbirder at 3:56 AM

It should be required reading for every student in high school. Our kids today have not learned the lessons of war. All they know is what they hear on the nightly news. We have forgotten the enormous sacrifices given by those soldiers back then. War is never easy, but those soldiers really endured some unimaginable circumstances. They were all heroes.

I agree with Rae. The grit of war needs to be taught. The games kids play on their X-boxes make them think it is all fun and excitement.