The Remarkable Life and Turbulent Times of Joseph P. Kennedy
By David Nasaw 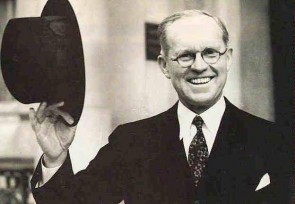 “I cannot impress upon you strongly enough my complete lack of confidence in the entire [British] conduct of this war. I was delighted to see that the president said he was not going to enter the war because to enter this war, imagining for a minute that the English have anything to offer in the line of leadership or productive capacity in industry that could be of the slightest value to us, would be a complete misapprehension.”   With those words the Joe Kennedy reveals for the umpteenth time his misjudgments about Great Britains capacity to resist Hitlers European conquests.  The how and the why of this appeasement is one of the many facets of this brilliant, compelling book


Kennedy is not without many critics and untrue libels. He and his family had more than a few friends and hero worshipers.  I hoped in reading this giganticus of a book to find the truth. David Nasaw  promises his readers to excise anything that could not be confirmed by primary sources and that the Kennedy family allowed unlimited access to family archives.  I believe this to be true. The result is riveting and striking to say the least.


This book covers the first half of the twentieth century from the inside out.  Joe Kennedy was personally involved in virtually all the history of his time. His isolationism was deep and yet commonplace.  A lot of Americans, notably aviator Charles Lindbergh, wanted to keep America out of another European war. But Kennedy’s relentless drive to appease — indeed, reward — tyranny was monomaniacal, preposterous and dangerous. In his view, Hitler was really just another businessman with whom a deal could be struck. Here his business genius impelled him in a direction that would have led to hell.Does this reflect the seeming approach of the present conman in the White House.  Perhaps…..


The best and most interesting part of this book is family because that's what drove this man the most.  In business, in being a father, government official, a Hollywood insider, and man about town.  Yes, I can sum it all up this way-  real historical biography that’s utterly fascinating. 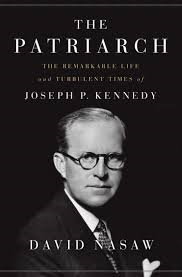 This sounds like a good read, a complex and intriguing family man.

Being English, would I be able to cope with this book. I suppose the answer to that is 'try it and see'.

Sounds interesting. Thanks for the review.

Boy that description sounds eerily familiar. We can be glad Joe didn't aspire to be president. So much has been written about the family but not that much about the man behind them. I will check it out. Thanks.

Ray, sounds like a fascinating book. I appreciate your great review, and I agree wholeheartedly that businessmen do not make good presidents: Calvin Coolidge, Herbert Hoover, George W. Bush and now the Conman in Chief. Government is not business, and the sooner everyone figure that out, the better for all of us!

It fascinates me how the Kennedy family still remains so tied into politics, despite early mistakes. I hope we don't have a similar legacy from the Trumps. I teared up recently when I saw a clip of JFK during a movie.

Sounds like an interesting period of history to learn more about. And a timely theme. - Margy

When I was in my early 20s a friend waved a paperback biography of Joe Kennedy at me and said, "Three sons who almost became president. What a stud."

I'm more of a materialist, a nurture over nature type, but it would be interesting indeed to know something about the material paternal conditions those boys grew up under. Thanks for the nice appetite whetting review Sr T.

I definitely find myself wanting to read more history these days. It's where we should be seeking to understand our own age.

Thanks for the great review.

Yes....I wonder what Joe Kennedy would think of the current president... I love your reviews, Ray. You have a way of making history come alive. I emailed a link to this review to my friend who reads everything Kennedy. Thanks for reviewing!

Great review! I'm adding this to my TBR. I love reading history (it was my major in college!) and Joseph Kennedy lived in a time where I feel like there's a gap in my knowledge.

You do some heavy reading. I am glad to read your short post. :)