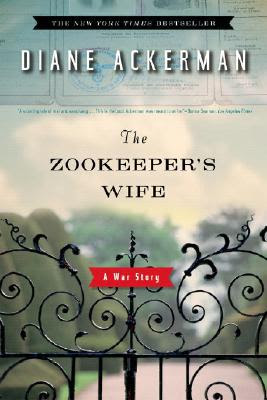 First I read and reviewed the book in  Oct. 2009
Then today we saw the opening of the movie. May 1, 2017
I had been  at the mall, taking a shortcut thru Barnes and Nobel, determined not to stop. I stop and it's an hour or two delay and more money spent on books than I should. And, of course, I stopped .....
The title that caught my passing eye intrigued me. It was The Zookeeper's Wife. Perhaps, it was a recent movie review I had done on these pages that inspired me to take a look. The movie was The Time Travelers Wife. I had written  that it was just "ok" and panned its "silly, romanticized, and confusingly trivial" plot. The kinder comments on that review were, to the effect that, if I had previously read the book, I would have better understood and appreciated the movie. Ouch! This time I read the book first and hoped that somebody makes a great movie about it. It certainly deserved it. 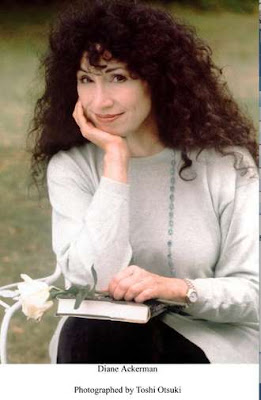 
Diane Ackerman's The Zookeeper's Wife: A War Story (W. W. Norton) has been selected to receive the 2008 Orion Book Award, which is conferred annually to a book that deepens our connection to the natural world, presents new ideas about our relationship with nature, and achieves excellence in writing.
"The Zookeepers Wife is a groundbreaking work of nonfiction,"said selection committee member Mark Kurlansky, "in which the human relationship to nature is explored in an absolutely original way through looking at the Holocaust." Kathleen Dean Moore, the committee's chairperson, said: "A few years ago, 'nature' writers were asking themselves, How can a book be at the same time a work of art, an act of conscientious objection to the destruction of the world, and an affirmation of hope and human decency? The Zookeeper's Wife answers this question."
The Zookeeper’s Wife is set in the time and place of The Holocaust and the Warsaw Ghetto. Few readers will casually pick up a book on this topic. I never shy away. Believing that generations for all time should never never be allowed to forget what happened, when evil on a scale never imagined, ran unchecked for years. You brace yourself and then read because you must. And yet this book left me feeling good. It even inspired me at times. I hesitate to write this about a book dealing with these horrible events, but at the core it is a story about
humanity at its very best. Diane Ackerman, famous poet, essayist, and naturalist tells a wonderful tale here. And it’s a true story carefully researched and based on fact. 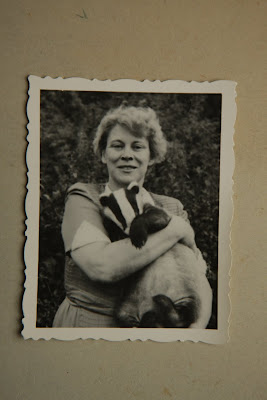 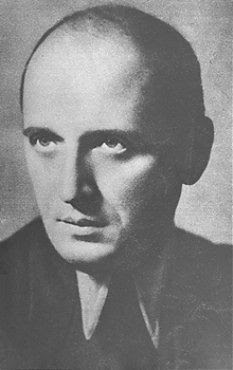 The book begins in the mid-1930s, when a young couple, Antonina and Jan Zabinski, were the directors of Warsaw's zoo.
The zoo was destroyed during the Nazi bombardment of Warsaw in 1939. Surviving animals were shot "for fun" by rampaging soldiers led by the director of the Berlin zoo.
Jan immediately joined the resistance. Smuggling food into the Ghetto, building bombs, sabotage and many dangerous acts were part of his daily life. The Zabinski's eventually carried cyanide pills in case they were caught by the Gestapo.

"Equally important, Jan and Antonina opened their home and the zoo to partisans and Jews, some of whom were smuggled out of the ghetto by Jan himself. The Zabinskis hid their "Guests" in closets, rooms and even the old animal cages; in the course of the Nazi occupation, they helped approximately 300 women, men and children. And Antonina insisted, throughout, on maintaining a festive, music-filled household, even as she and Jan lived with the constant threat of exposure, torture and death, not just for themselves but for their young son, too.
In Ackerman's telling, it was Antonina's connection to the animal world -- her belief that every living thing is entitled to life, respect and nurture -- that made her incapable, despite her own terrors, of turning away from suffering. Nazi ideology, obsessed with categorization, hierarchy and uniformity, was incomprehensible to Antonina, who delighted in life's messy, rambunctious diversity.
A story like this could easily devolve into Dr. Doolittle-like sentimentality. Ackerman avoids mawkishness in two ways. First, the horrors of the Holocaust seep into almost every page, just as they should. The Zabinski household may have maintained a determined joyful air, but we never forget that the Guests' time in the ghetto has transformed them from accomplished, vibrant people into broken, hunted prey: "shipwrecked souls," Antonina called them in her diary. Equally important, Ackerman refuses to romanticize nature. She knows that the animal world is full of -- in fact, depends upon -- deception and violence, and that a person's immersion in the natural world is no guarantee of goodness."

The Zookeepers Wife is a fascinating book. I highly recommend it. I also recommend the movie. Some of the movie reviewer charge it with being a Disney version of the Holocaust. This is not true. The movie clearly implies and sometimes shows what is happening. It tells the story as it pretty much happened. We don't need Schindler's List or Sophies  Choice to understand it. Incidentally Jessica Chastain as Antonina is very good.  Good and thoughtful movies are sometimes hard to come by these days. This is one....:) 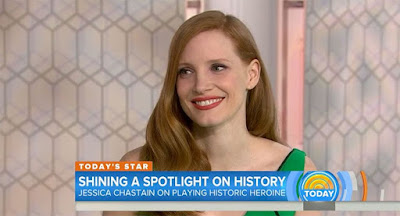 Posted by troutbirder at 6:30 PM

I too read The Zoo Keeper's Wife. On top of everything else that was going on in their lives during the occupation of Warsaw, Antonina endured a very difficult pregnancy that put her in bed while she had a housefull of "guests" (Jews and others targeted by the Nazis). Happily, she bore a healthy daughter at the end. The story is extraordinary and I too highly recommend it.

I wondered if I would have the stamina to read this book or see the film but I might put memories out of my mind and have a go.

I love The Time Traveler's Wife although I don't have much of a memory of the movie, so I suspect you are right about that. This sounds good too although I am not sure that I want to read it or see it due to content.

I loved the movie, I thought it was very well done, and I've seen the reviews that agree it is too soft on the Holocaust, but I don't agree. I haven't read the book but now I think I should. Thanks for the reviews, TB. :-)

A good one to watch it sounds, been looking for one

Thank you. I almost recently pulled the trigger on this book but feared the human and animal cruelty and passed. Now I will give it a go and am heading for Amazon now.

This one has been on my to-read list for a while now. Might need to move it up a notch or two. Thanks for the information.

Barnes and Noble? My favorite haunt. I will get that book as it sounds very good. Thanks for stopping by my blog. We have much in common. My sister spent her career teaching and as a principal and I tell her I can spot a teacher a mile away. Such a noble profession. And yet, my sister is happily retired.

Thanks for the review. I wondered about this one.

I have no doubt that you were "taking a shortcut thru Barnes and Nobel, determined not to stop." Is that what you told your wife?

Anyway, after your intriguing and insightful review I'd like to read that book. The Holocaust has been politicized such that in some quarters it's only permissible to assign it meaning within a narrow range. Some Jews, like Norman Finkelstein and Illan Pappe, have written about its misuses. We may be missing some of what it can teach us about human nature.

This book is on my "to read" list. Not sure how I missed it when it first came out, except that I was still teaching and had little time to read for pleasure. I enjoyed your review.

I've heard great things about this. Thanks for your thoughtful review.